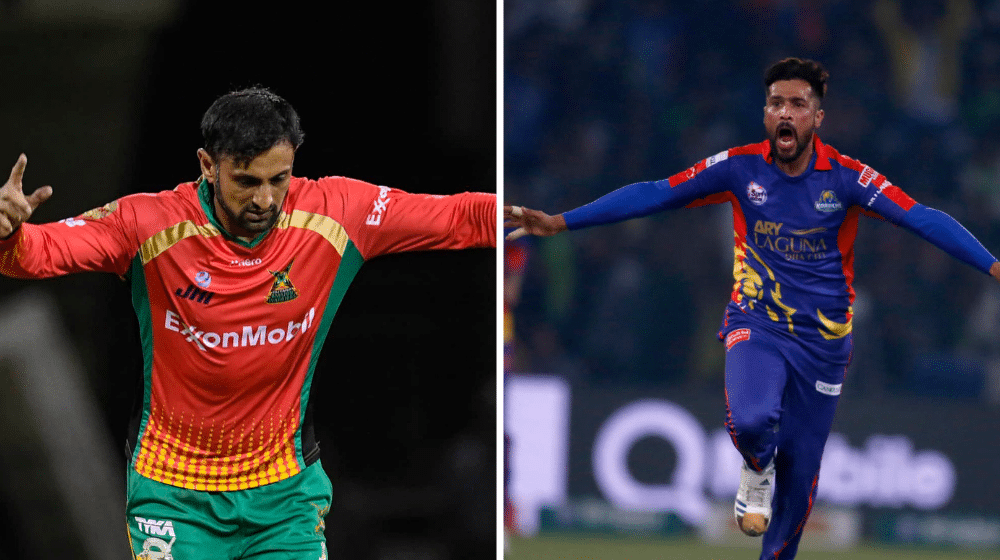 Veteran all-rounder, Shoaib Malik, and fast bowler, Mohammad Amir, will be taking part in this year’s Caribbean Premier League (CPL). Malik was picked up by Guyana Amazon Warriors, while Amir will represent Barbados Tridents in the T20 tournament.

Malik was part of the Guyana squad in 2018 and 2019, captaining the side in both seasons. While Malik has captained the side every time he has played for them, he will be playing under the captaincy of exciting West Indian batsman, Nicholas Pooran, this season. South African spinner, Imran Tahir and West Indian middle-order batsman, Shimron Hetmyer are also a part of the Warriors squad.

On the other hand, Mohammad Amir will be participating in CPL for the first time in his career. Amir has made himself available to play in franchise T20 leagues after announcing his retirement from the national team. He has already taken part in the Lankan Premier League and Abu Dhabi T10 league, while he will be seen in action in The Hundred, T20 Blast in England, and now the CPL.

The draft for the tournament will be held by the end of next week, with all the six franchises looking to complete their squads. The 9th edition of CPL is scheduled to be played between 28 August to 19 September in St Kitts and Nevis.