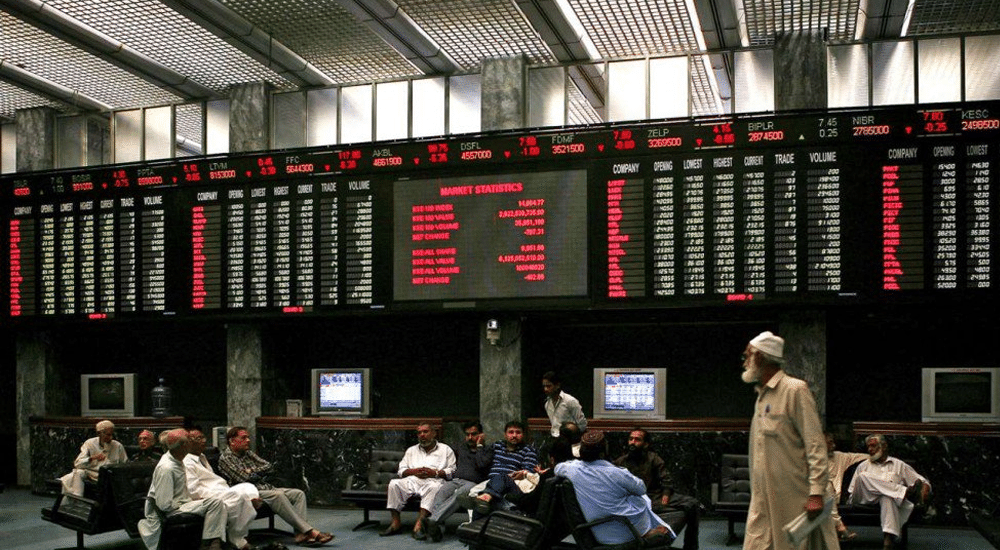 Pakistan Stock Exchange (PSX) has made another record as volume registered an all-time high record of 2.2 billion shares on Thursday again led by Worldcall Telecom Ltd (WTL) that claimed the lion’s share of trade with 950 million shares.

The market kicked off with positive momentum after making an intraday high of 391 points, a market review report by Topline Securities brokerage house said. The fresh record stands far higher than the previous record of 1.56 billion trading volume that made it history yesterday at the local equity.

The market remained volatile with two-way traffic of investment and profit-taking activities from investors and equity traders.

MSCI rebalancing also created excitement today in the market with heavy flows in OGDC, LUCK and TRG, which were the key subjects in the changes announced earlier during the month, said a report by Arif Habib Securities.

WorldCall Telecom was the star performer with 950 million share volume.

The deal of share purchase acquisition of WorldCall operations by its new buyers piqued the investor’s interest.

It was followed by HUM News Limited with 172 million shares and Silk Bank with 126 million trading shares.

Among 396 stocks, 158 remained advanced, 219 declined, and 19 scrips remained unchanged. The total value of the trading was measured at Rs. 28 billion.