The tide has turned for the Pakistani Rupee (PKR) on the final trading day of the week after four continuous days of deterioration against the US Dollar (USD).

It had followed the same trajectory throughout the previous week, with four days of constant losses and an improvement on the final trading day of the week.

On a weekly comparison, the PKR lost nearly 0.7 percent (Rs. 1.08) to the greenback in total, while its deterioration was nearly 0.64 percent (Rs. 0.98) on a monthly basis, according to investment analytics platform Capital Stake.

On a year-to-date comparison, however, the PKR is still strong, with an appreciation of nearly 3.38 percent (Rs. 5.4) to the USD for over one year. 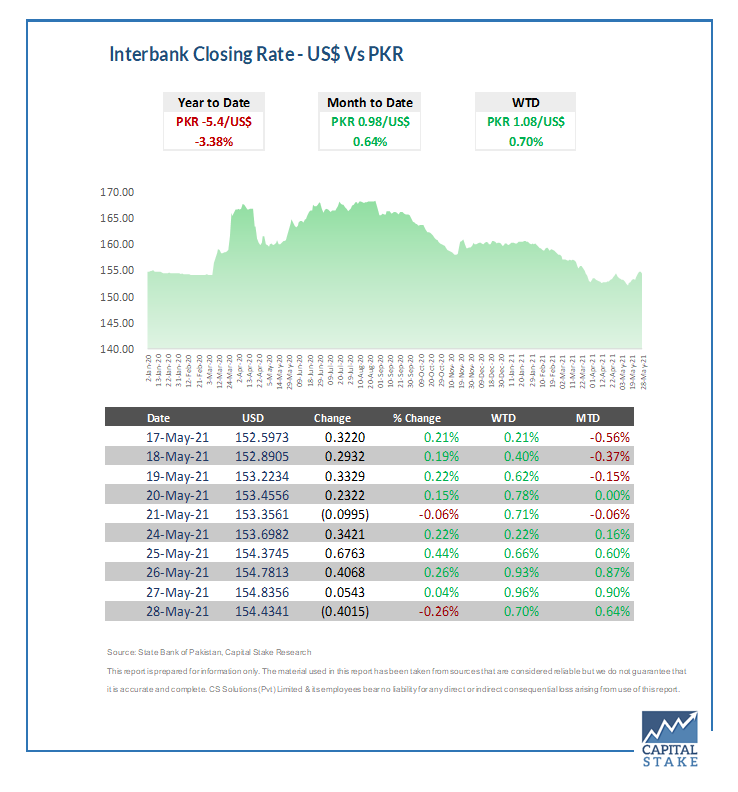 Regarding the PKR’s recent downfall, dealers believe that there has been a demand for the USD in the market that has dragged the former down.

Earlier, experts familiar with the matter had said that the local unit is under pressure despite the fact that consistent dollar inflows from overseas Pakistanis had helped the Rupee remain steady.

However, today’s improvement may be attributed to the increase in the reserves held by the State Bank of Pakistan (SBP), as the latest data by the central bank showed. The Former Treasury Head at Chase Manhattan Bank, Asad Rizvi, said, “[Foreign Exchange] weekly position is updated by SBP after one week delay. Fx reserves surged from $22.91 [billion] to $23.01 [billion], SBP reserves too [went] up by $88 million”.

He added that the remittances inflows are likely to improve, which should reduce the USD/PKR volatility.

“Today strong rupee opening is expected”, he said earlier in the day.

Additionally, the PKR saw mixed results against all the major currencies today. 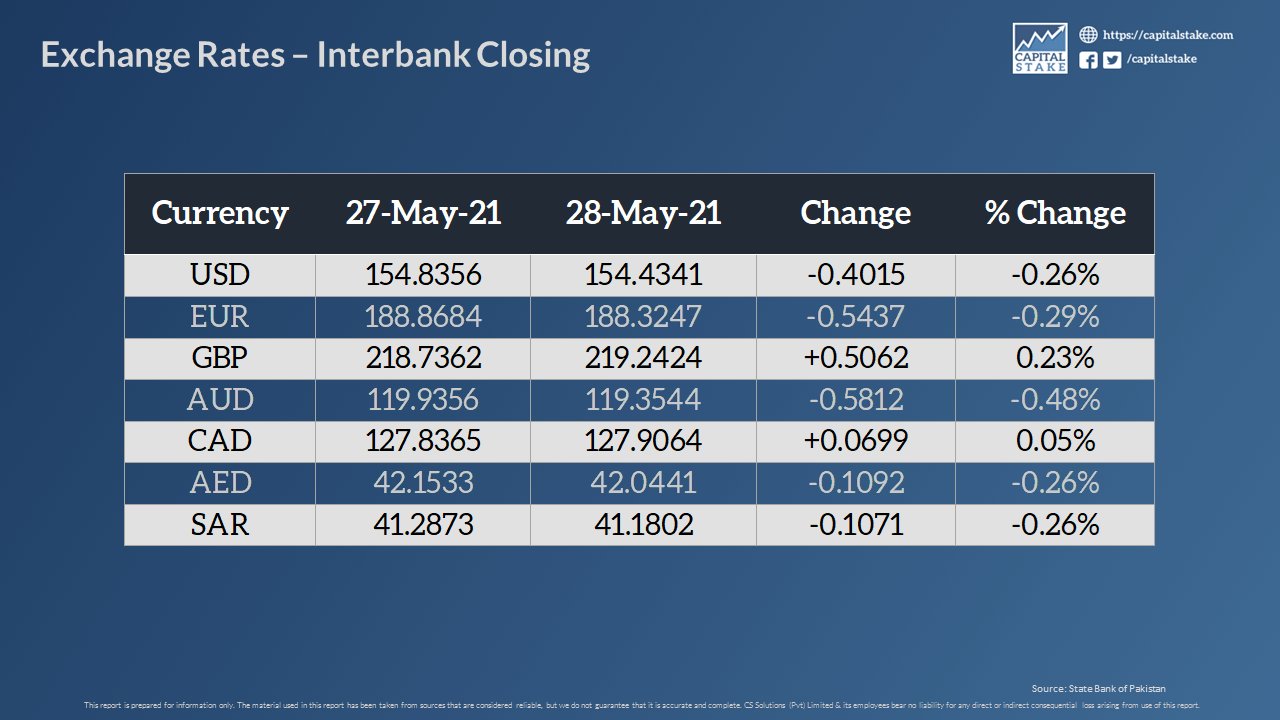 The PKR also reversed its losing trajectory against both the UAE Dirham (AED) and the Saudi Riyal (SAR), and posted an improvement of 10 paisas against both the currencies in the international currency market today.