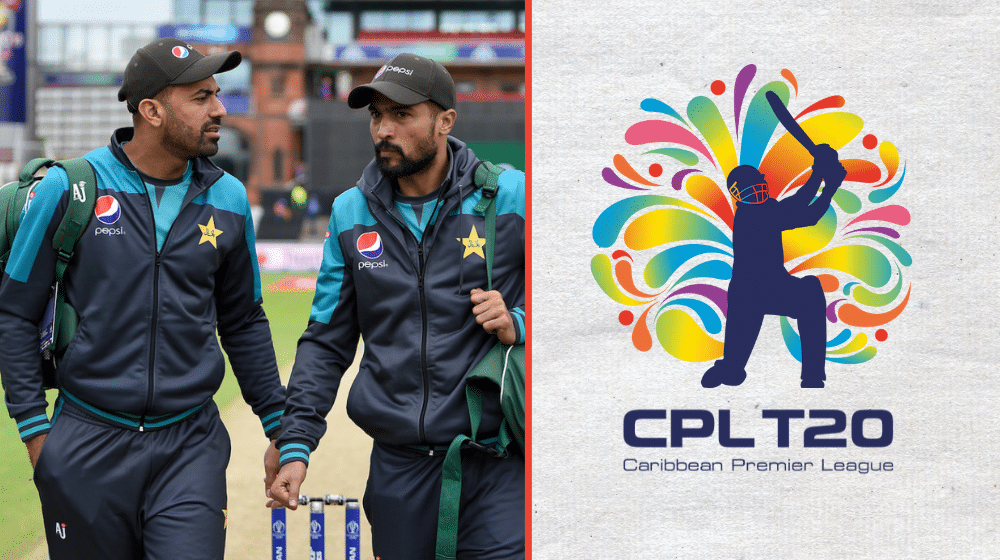 The draft for the Caribbean Premier League (CPL) was held on Friday night as the teams completed their squads for the ninth edition of the exciting T20 tournament. A total of five Pakistani players were picked by various teams during the draft, in addition to the two players, Shoaib Malik and Mohammad Amir, already picked up prior to the draft.

Flamboyant young wicket-keeper batsman Azam Khan will also be taking part in the tournament as he was picked up by Barbados Tridents. He will be joining fellow Pakistani, Mohammad Amir in the squad. The duo was also part of Galle Gladiators in the Lankan Premier League (LPL). This will be Azam’s first outing in the CPL and his second franchise team contract apart from the PSL.

St. Lucia Zouks picked up two Pakistani players as well, the left-arm pacer Wahab Riaz and leg-spinner Usman Qadir. While Wahab has already taken part in the tournament previously, appearing for the Barbados Tridents, this will be Usman Qadir’s first outing in the CPL.

Young middle-order batsman Haider Ali will also be taking part in CPL as he was picked up by Jamaica Tallawahs. He will be joining the likes of Andre Russell, Shakib Al Hasan, and Carlos Brathwaite in the team. Haider has not taken part in any other franchise T20 league apart from PSL, so this will be his first experience of a foreign league.