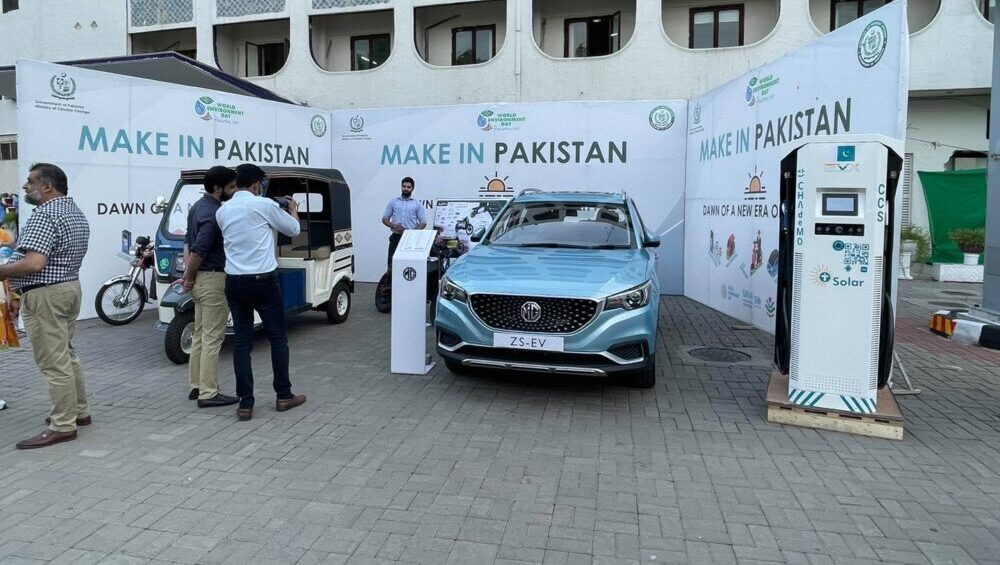 With the new Electric Vehicle (EV) policy soon to be introduced, the automotive industry is making efforts to benefit from the incentives. In a recent development, Tesla Industries (not to be confused with the American electric car company) introduced its EVX Ultra-Fast Charger to Foreign Minister Shah Mehmood Qureshi.

Yesterday, Tesla Industries posted a photo and a video of the event, where a company representative offered an orientation of the fast charger to the Foreign Minister in the Ministry of Foreign Affairs. As per reports, Tesla Industries claims that they can fully charge an EV within 30 minutes.

Not to be confused with Tesla Inc. of the USA, Tesla Industries is a Pakistani firm that is a large-scale manufacturer of solar panels, power regulation equipment, inverters, and other equipment of a similar nature.

The company began the production and installation of EV chargers in Islamabad last month. The first EV charger was inaugurated by Mr. Sardar Yasir Ilyas, President of Islamabad Chamber of Commerce and Industry on the 9th of April, 2021.

On April 30, the company made an announcement of its fast-charger successfully charging an Audi E-Tron SUV from 0-100 percent within 35 minutes. The vehicle was charged by Tesla Industry’s 120 kW EVX fast charger.

The company states that it seeks to provide an infrastructural solution to Pakistan’s burgeoning EV and hybrid car market by manufacturing and installing high-end fast-charging stations across the country. It adds that the goal is to encourage and enable people to easily transition to environment-friendly means of transportation in a quick and convenient fashion.