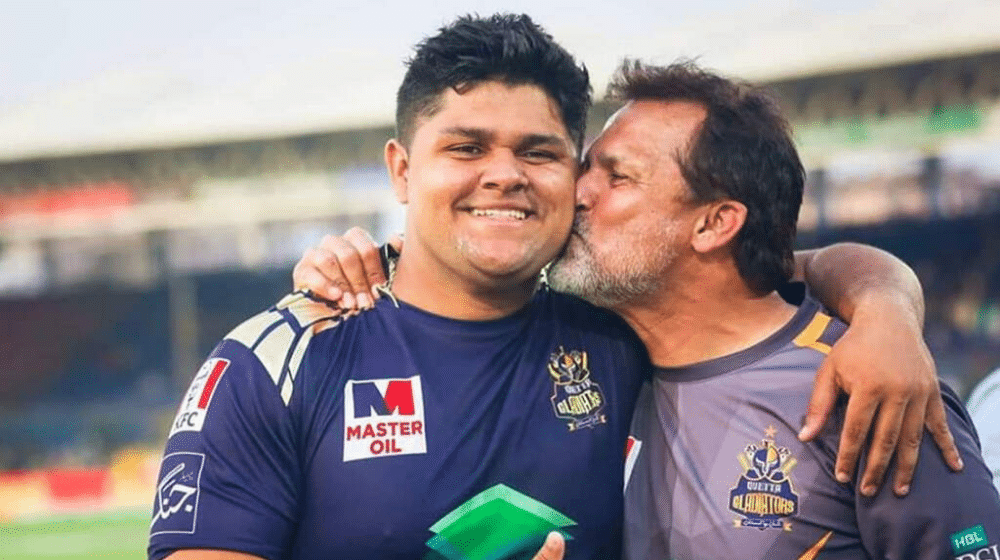 Former wicket-keeper Moin Khan was ecstatic on his son Azam Khan’s maiden call-up to the national team. Azam was named in Pakistan’s 19-man T20I squad for the tour of England and the West Indies.

Azam Khan Reveals the Secret Behind His Power-Hitting Ability

Azam rose to prominence in the fifth edition of Pakistan Super League (PSL), playing for Quetta Gladiators, a team managed by his father. Initially, he faced a lot of backlash as people called out the blatant nepotism on display but he silenced his critics by showcasing his power-hitting ability and winning matches for Gladiators.

He has since gone on play in the inaugural edition of Lanka Premier League (LPL) and has recently been signed up by Barbados Tridents to take part in the Caribbean Premier League (CPL).

Moin said that Azam has been training really hard and has finally received his reward by being called up to the national side. He credited the entire management of Quetta Gladiators for putting their trust in the young flamboyant batsman and grooming him to become one of the most feared power-hitters in the country.

“The way Azam Khan has performed in different leagues throughout the world and the PSL was how he made his place in the side. As the head coach of Quetta Gladiators, I am very happy. Our entire team management deserves praise for this achievement because it is because of everyone’s effort. Naturally, the efforts of the player are important but motivation comes from the team management and individuals playing different roles in the side. I think this is a big achievement for the Quetta Gladiators team,” Moin said.