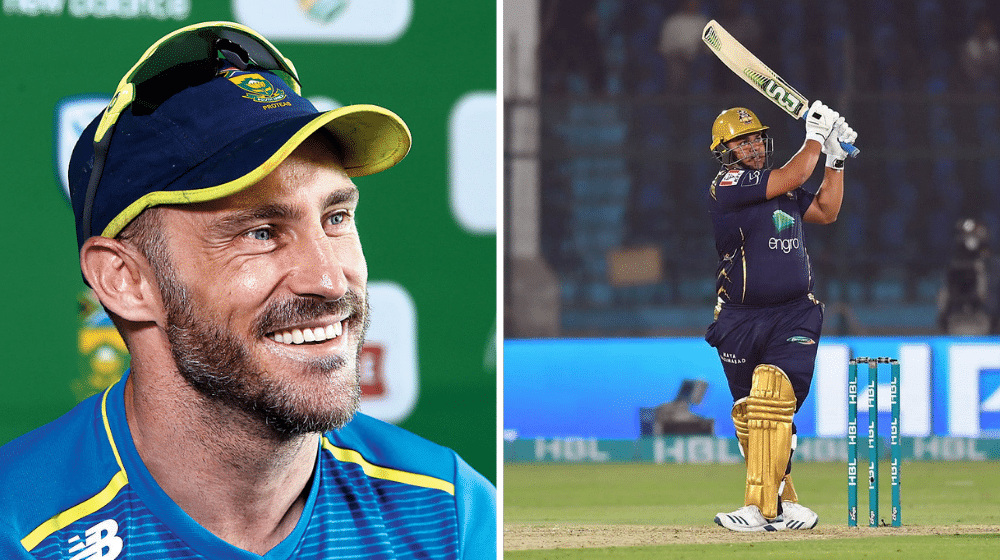 Question marks have been raised in the cricketing fraternity regarding the selection of Azam in the T20I squad, with many concerned about his fitness levels. du Plessis came to his defense and said, “You don’t have to have a six-pack to be successful,” backing his selection in the squad.

“He (Azam) has definitely got a lot of power, and he takes the ball on. It will be interesting to keep an eye on him to see what he does in this last leg of the tournament. He will be very driven to do well in this last leg,” Du Plessis said.

The 22-year old wicket-keeper batsman has been impressive in the Pakistan Super League, showcasing his power-hitting skills in the fifth and sixth edition of the tournament. According to reports, he has been on Pakistan Cricket Board’s (PCB) radar over the past year but was not called up to the squad earlier due to his fitness.

Azam Khan Reveals the Secret Behind His Power-Hitting Ability

With massive improvement in his fitness over the past 12 months, Azam earned his maiden call-up to the national side. Azam claims to have lost around 30 kilograms over the past year and is aiming to shed down his weight even further.

PCB Chief Selector, Mohammad Wasim, commended Azam on his efforts to improve his fitness and get the required fitness levels to make a mark in the international arena. He said that Azam could be an asset for the national team, and his power-hitting ability could be useful lower down the order.