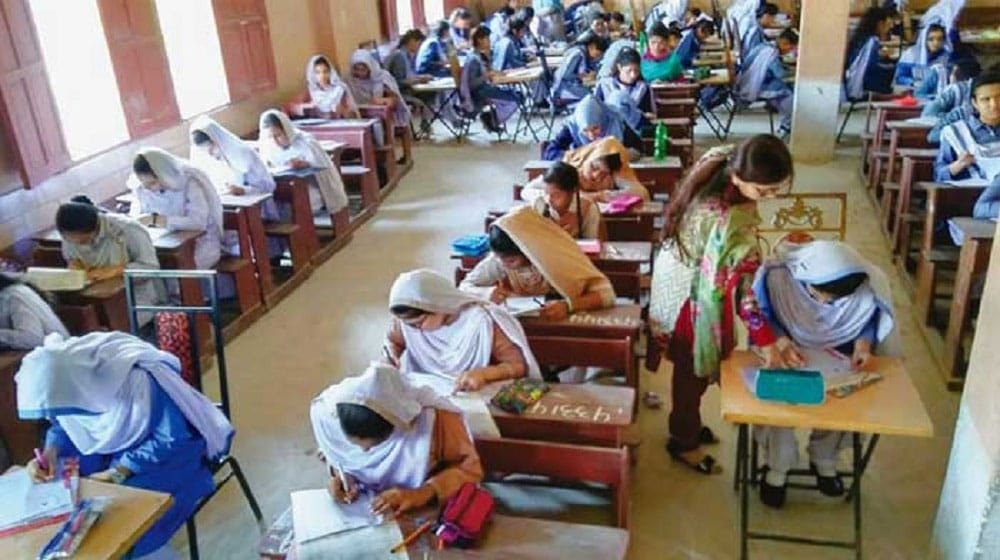 In a press conference on Wednesday, Chairman FBISE, Qaiser Alam, announced that the HSSC exams would be held between July 10 and 31, while SSC exams will be conducted from July 12 to 30.

The chairman clarified that the exams would be conducted for only elective subjects as decided during the Inter-Provincial Education Ministers Conference (IPEMC) on June 1. He added that there would be no practical exams.

Punjab Govt Wants to Make Vaccination Mandatory for Everyone

Moreover, the exams for 9th and 11th students will be held in August.

“Marking of exams will be done through adopting an ‘e-marking’ system to maintain the objectivity and every answer will be checked according to the question.”

Qaiser Alam said that efforts are afoot to announce the results of the examinations within 30 days. Further, digital attendance will be conducted during exams.

Based on these results, students will be able to get admission to universities, he said.

A total of 767 matrics and 385 intermediate centers will be set up, while more than 385,000 candidates have enrolled for matric and intermediate exams.

The student’s attendance will be visible on the Federal Board website’s dashboard within an hour, and parents will also be notified of their children’s presence/absence.

The FBISE chairman said they will inspect the digital exam format, and its future usability will depend upon the success during the upcoming exams. He added that the syllabus of students has also been reduced due to the coronavirus pandemic.