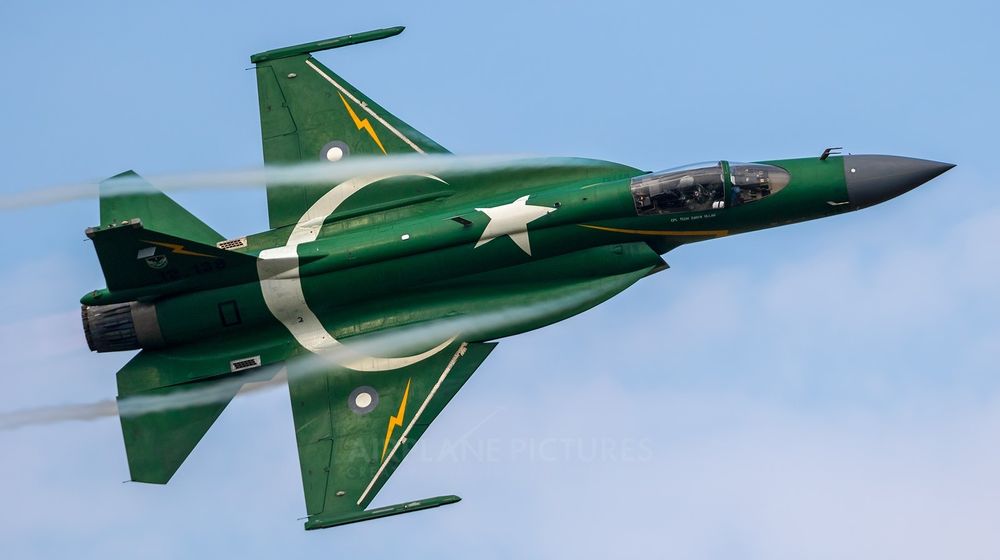 While addressing a seminar organized by the Korangi Association of Trade and Industry (KATI), Air Vice Marshal lamented that PAF has to import important spare parts of fighter jets due to lack of industrialization in Pakistan.

Industrialization and local manufacturing will benefit Pakistan ultimately. For instance, Pakistan is successfully manufacturing JF-17 Thunder but most of its parts are imported which increases its manufacturing cost significantly.

KATI’s Patron in Chief, SM Muneer, lauded PAF and acknowledged its sacrifices in restoring peace and ensuring security in the country.

SM Muneer also invited, on behalf of the business community, Wing Commander Noman and Squadron Leader Hassan, for a visit of KATI. Both PAF’s pilots shot down Indian jets during Operation Swift Retort in 2019 which led to the arrest of Indian pilot, Abhinandan Varthaman.