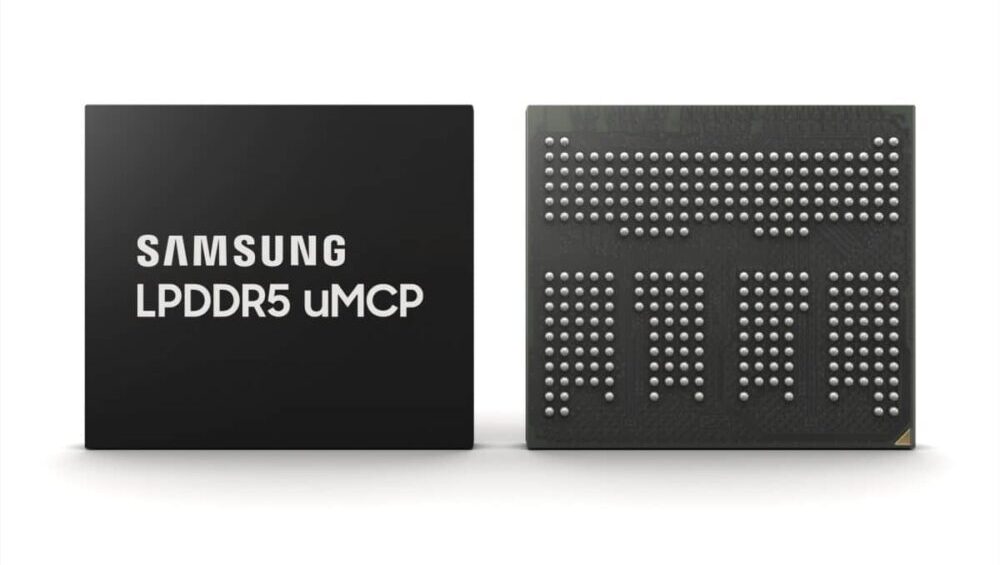 Since it combines the latest standard of RAM memory and storage, it is able to bring lightning-fast performance at lower power and cost. This should allow numerous OEMs to incorporate flagship performance and 5G connectivity into a much broader range of phones. This new hardware should not only allow for better performance in general but also advanced photography, graphics-intensive gaming, augmented reality (AR), and other AI applications.

It will also allow for more physical space inside a smartphone by integrating DRAM and NAND storage into a single compact package. This package measures only 11.5mm x 13mm, which should allow for more space for other components.

Samsung’s new LPDDR5 uMCP will come in 6GB to 12GB DRAM options and 128GB to 512GB storage options. This would make it easy to incorporate in any range of smartphones whether flagship-grade or budget.

Samsung has already tested the compatibility of LPDDR5 uMCP with devices from several smartphone makers. The company has also started mass producing it and expects it to become mainstream starting this month.