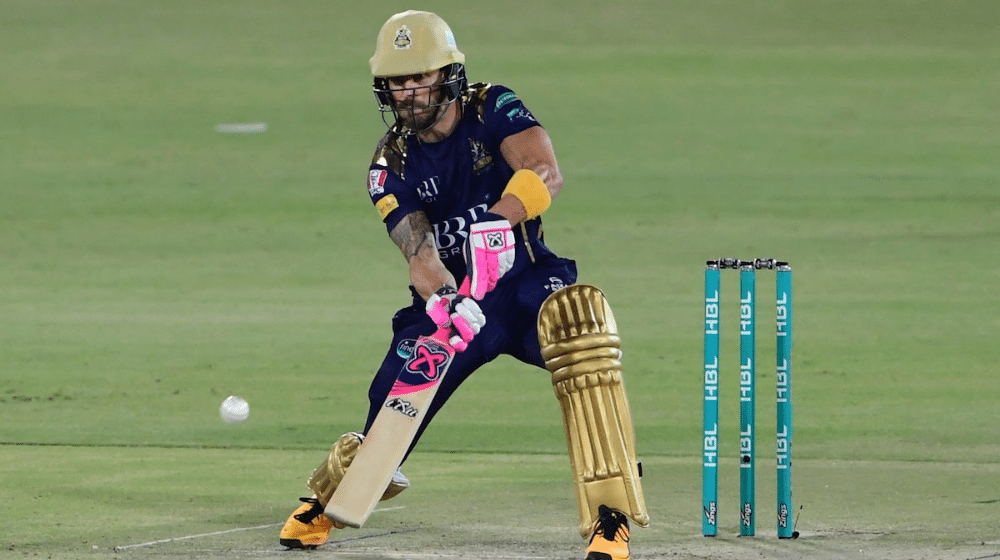 Quetta Gladiators have been dealt a massive blow as their star South African batsman, Faf du Plessis, has been ruled out of the remainder of the PSL 6 after failing to recover from his head injury. du Plessis is expected to travel back to South Africa today.

Here’s the Inside Story of Sarfaraz and Shaheen’s Fight

The star batsman suffered an injury during Quetta’s match against Peshawar Zalmi on 12 June. du Plessis hit his head on the shin of Mohammad Hasnain while fielding on the boundary and was ruled out of the match due to fear of concussion.

He was expected to get the all-clear ahead of Quetta’s match against Multan Sultans on Wednesday, but according to his medical reports, he was declared unfit to play. According to various sources, du Plessis suffered from minor memory loss after the collision.

The 36-year old was Quetta’s marquee replacement signing ahead of the Abu Dhabi leg of the tournament, but he only managed to take part in one full match before being ruled out of the competition.

du Plessis scored 76 runs at an average of 19.00 in the four innings he played in PSL 6. Despite a poor return, Quetta’s batting hopes were largely pinned on him. Quetta will be hoping that they will be able to motor on without their star batsman.

Previously, Quetta’s star all-rounder, Andre Russell, also suffered a concussion after being struck on the head by Islamabad United’s bowler, Musa Khan. He was ruled out for the next match as well. He has since left the camp and joined the West Indies squad for their series against South Africa.