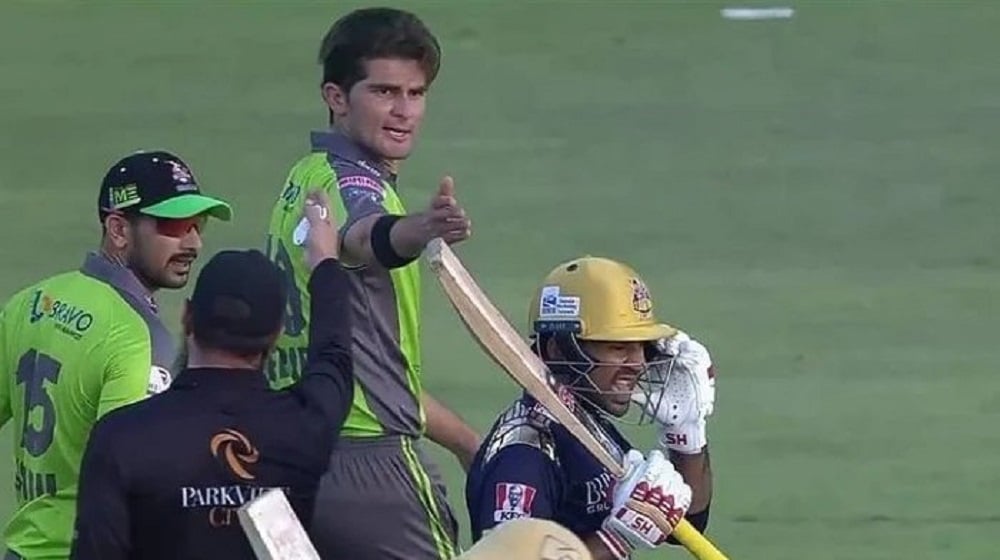 It all started when the former Pakistan captain was hit on the helmet by a fiery bouncer from the left-arm pacer. While the delivery was declared as a no-ball by the umpire, Sarfaraz took a run as the ball went down to the third man.

After reaching the non-striker’s end, Sarfaraz reportedly asked Shaheen, who was getting ready to bowl the next delivery, to apologize for the bouncer. This annoyed Shaheen and he walked down from his run-up, saying something back, for a faceoff with Sarfaraz.

However, on-field umpires and few fielders of Lahore Qalandars, including Mohammad Hafeez, intervened to control the situation from snowballing into something bigger.

While Hafeez was seen urging Sarfaraz to cool down, Afridi termed the incident as ‘part of the game.’

The incident has also started a debate on social media. Some have criticized Afridi for his aggressive behavior towards the former Pakistan captain while others have said that the young left-arm pacer doesn’t owe an apology to Sarfaraz as he did not break any rules.