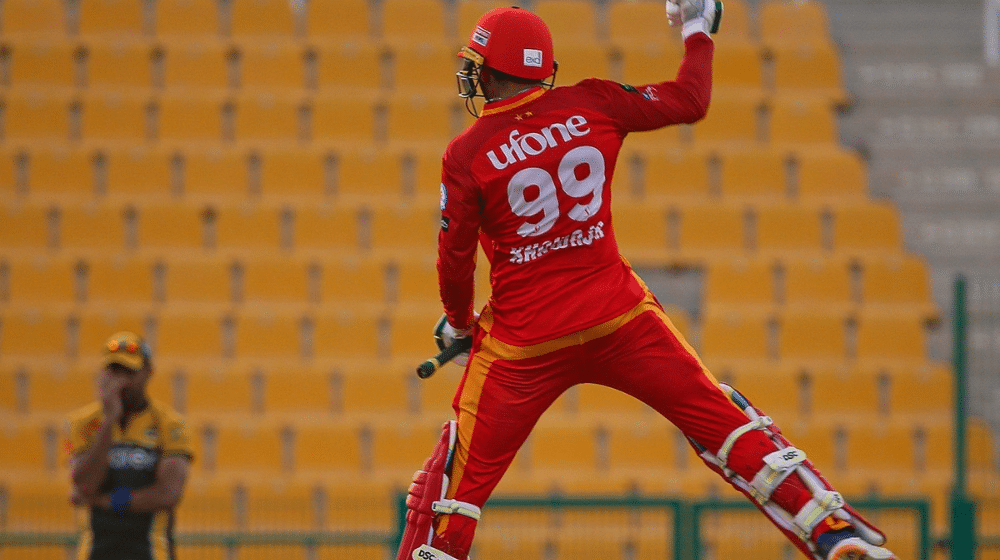 Islamabad defeated Peshawar Zalmi by 15 runs in a historic PSL contest. Islamabad, already qualified for the PSL play-offs, have guaranteed a top two finish in the PSL points table after winning 7 out of their 9 matches. Zalmi on the other hand have completed their ten matches of the group stages and currently sit at the second spot, garnering 10 points.

Islamabad got off to a magnificent start as Colin Munro and Usman Khawaja put up a 98 run opening stand before Asif Ali and Brandon King wrapped up the innings in some style. Usman Khawaja scored a brilliant century as Islamabad posted 247/2, the highest score in PSL history.

Zalmi did not back off the challenge and took the Islamabad bowlers to the cleaners. Kamran Akmal and Shoaib Malik put up an exceptional fight and scored sublime half-centuries to put Zalmi within touching distance of a victory. Despite a valiant effort by Sherfane Rutherford, Wahab Riaz and Umaid Asif, Zalmi fell 15 runs short of achieving the target.

Usman Khawaja was named as player of the match for his scintillating century, scoring 105 runs off 56 balls, including 13 boundaries and 3 maximums.

Peshawar outclassed Karachi Kings in their previous match and will be looking to build on their momentum against Islamabad. Zalmi are expected to name an unchanged starting eleven as they continue to build on their good work with a settled lineup.

Islamabad, on the other hand, would not want to lose their focus ahead of the all-important playoffs and will be looking to finish as the leaders of the table. They are expected to make a few changes to their lineup and try different combinations before getting into the business end of the tournament.

Peshawar and Islamabad have encountered each other 13 times in PSL history. Peshawar have won 7 and lost 6. Islamabad will be looking to square things up tonight.

Wahab Riaz has been in scintillating form and is one of the leading wicket-takers in the tournament. Zalmi will be hoping their captain can put in a similar performance and get them over the line.

Iftikhar Ahmed has been one of the shining lights of Islamabad’s batting unit and United’s hopes will be pinned on him once again to deliver. Iftikhar will be looking to put in another match-winning performance and push for a national comeback.