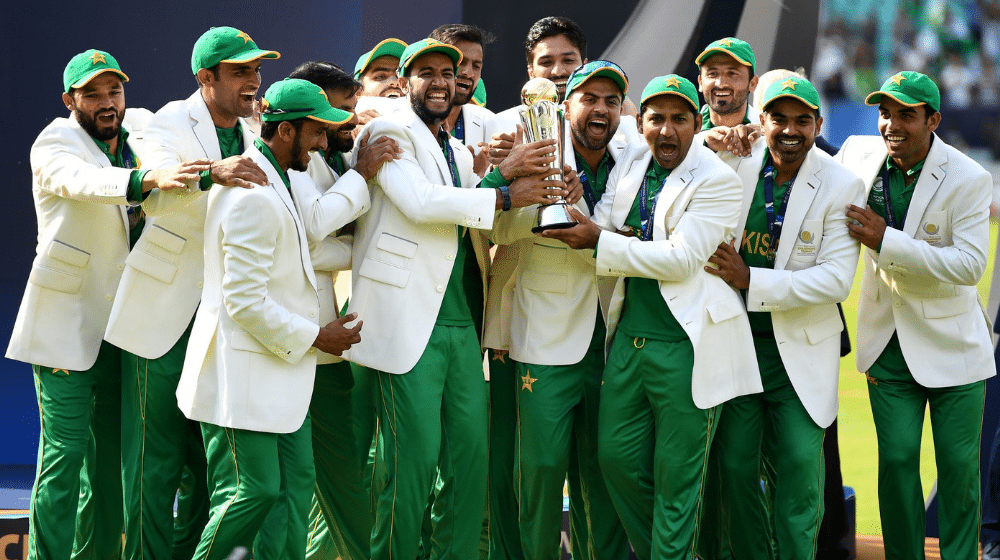 Pakistan Cricket Board (PCB) released a tribute video for Pakistan’s 2017 Champions Trophy victory on the fourth anniversary of the historic final. Pakistan cricket team achieved the unthinkable as they, ranked number eight in the world at the time, went onto beat the top cricketing nations on their way to their first-ever Champions Trophy triumph.

The video contains match footage of Pakistan’s matches throughout the tournament and the interviews of the players and the staff members as they explain their feelings about each match.

Pakistan made a magnificent comeback in the tournament after losing their first group stage encounter against India, beating South Africa and Sri Lanka to book their place in the semi-finals of the competition.

Pakistan achieved victory against the tournament favorites, England, in the semi-final of the tournament, defeating the hosts by 8 wickets and booked their place in the final against arch-rivals India.

The Men in Green took charge of the game right from the word go, with openers, Azhar Ali and Fakhar Zaman, decimating the opposition bowlers. Fakhar went onto score a brilliant century and helped Pakistan post 338 on the board.

Mohammad Amir took away the game from India within the first few overs, getting rid of Rohit Sharma, Virat Kohli, and Shikhar Dhawan in quick succession. Hasan Ali joined the party and took three wickets as India crumbled to 158. Pakistan recorded a huge 180 run victory over arch-rivals as the whole nation erupted with jubilation.

PCB also released a behind the scenes video of the tournament on their YouTube channel: