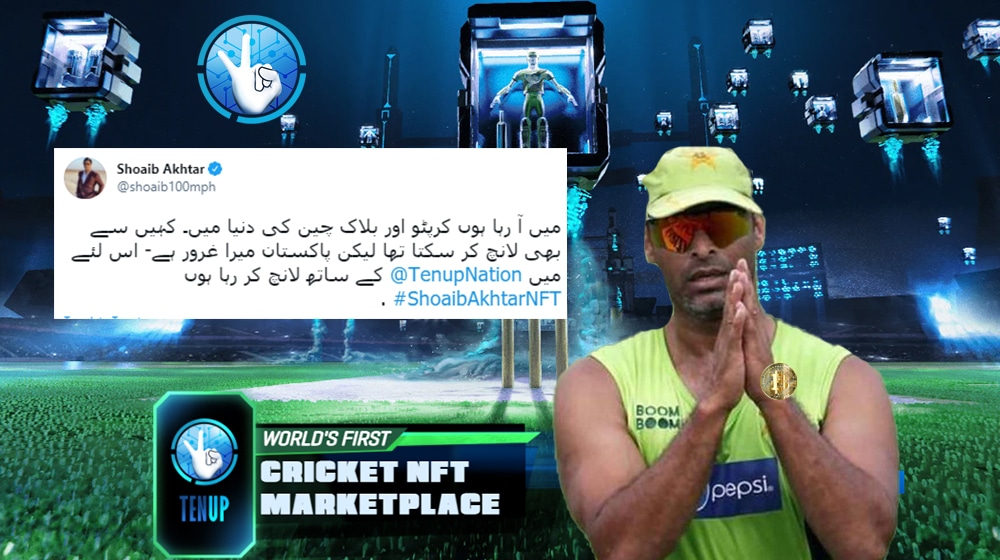 The fast bowler’s NFT will soon be available on TenUp’s Cricket NFT marketplace, which is being hailed as the world’s first-of-its-kind tokenized platform for browsing and bidding for all kinds of digitalized cricket art pieces.

Pakistan’s Only Can-Manufacturer to Raise Rs. 3.3 Billion With IPO at PSX

Shoaib Akhtar made the announcement on Twitter and explained his partnership with TenUp Nation for the launch of his NFT.

Within hours of the announcement, “Shoaib Akhtar NFT” trended on Twitter, with scores of crypto enthusiasts lauding the development as a step-up for the Pakistani market.

With the NFT launch imminent, Shoaib Akhtar will be able to exchange his digital copyrights in the world of cryptocurrencies. Regardless of what it might be worth in the near term, this move is a fresh breath of air for local investors and traders who want more regulations for cryptocurrencies in Pakistan.