Yesterday was only the second day since the beginning of the current fiscal year that PKR had posted improvement against the US Dollar. Yesterday also brought major gains for the local unit against other major currencies, but today PKR posted notable losses.

Asad Rizvi, the former Treasury Head at the Chase Manhattan Bank, said earlier in the day, “After receiving Eurobond $1 billion, the [State Bank of Pakistan’s foreign Exchange Reserves] reached $18.2 billion, [which is] highest level since January 2017. This means total liquid fx reserves is roughly around $25.3 billion… However, sharp Rupee gains could delay due to payment pressure.” 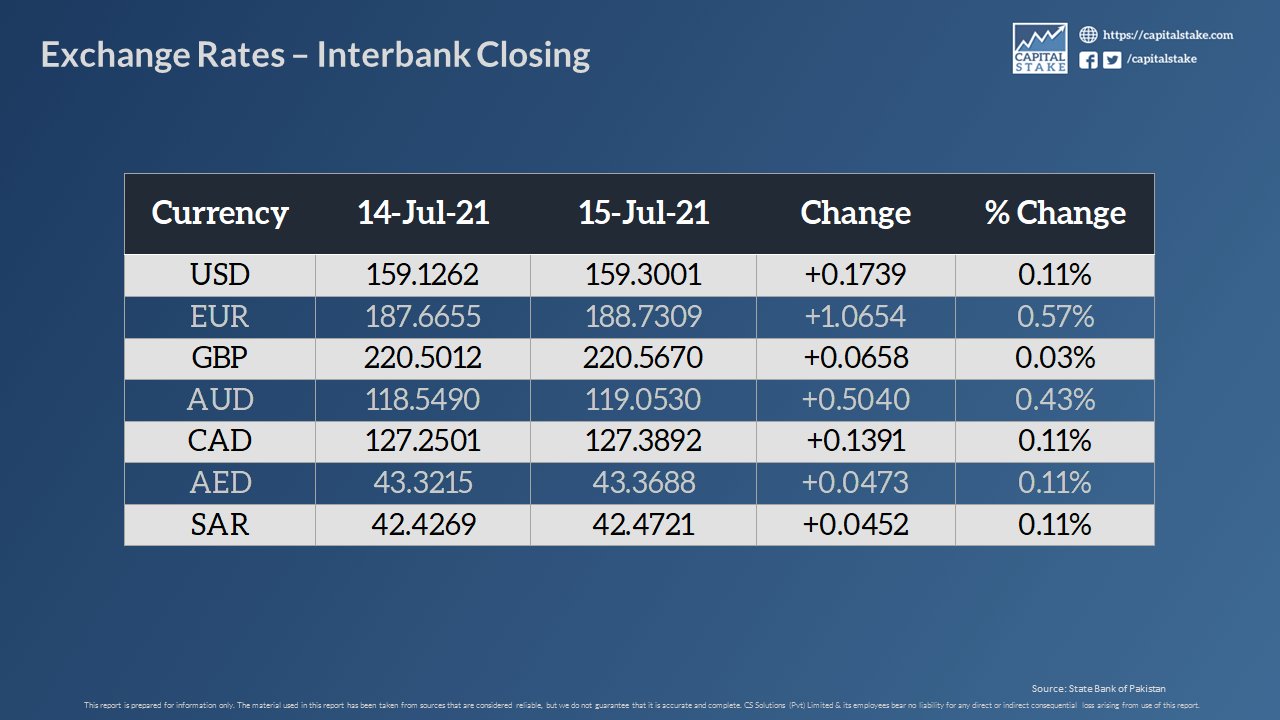 Today was also a bad day for PKR against other major currencies as it posted blanket losses in the interbank currency market.

PKR also posted losses of 4 paisas against both the UAE Dirham (AED) and the Saudi Riyal (SAR) in the interbank currency market today.