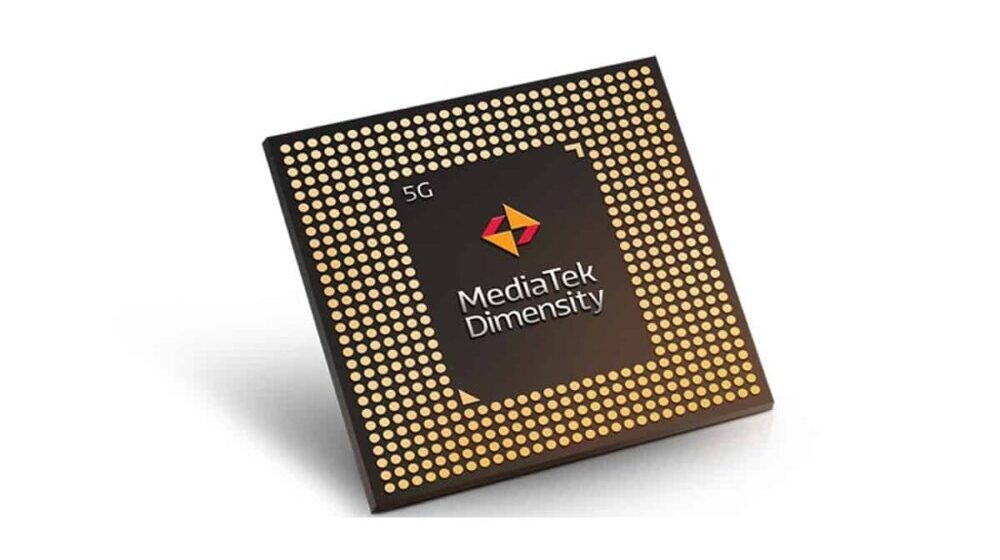 MediaTek is launching a new flagship chipset today which will feature in the upcoming Honor V7 Pro Tablet. This high-end chip will be called the Dimensity 1300T and it is expected to be an enhanced version of the Dimensity 1200 SoC.

MediaTek Reported 90% Revenue Growth in May 2021

A new leak sourced from a confidential MediaTek press release shows a few details on the upcoming chip. It does not reveal a full list of specifications but confirms that it will follow the general trend of the rest of the lineup. 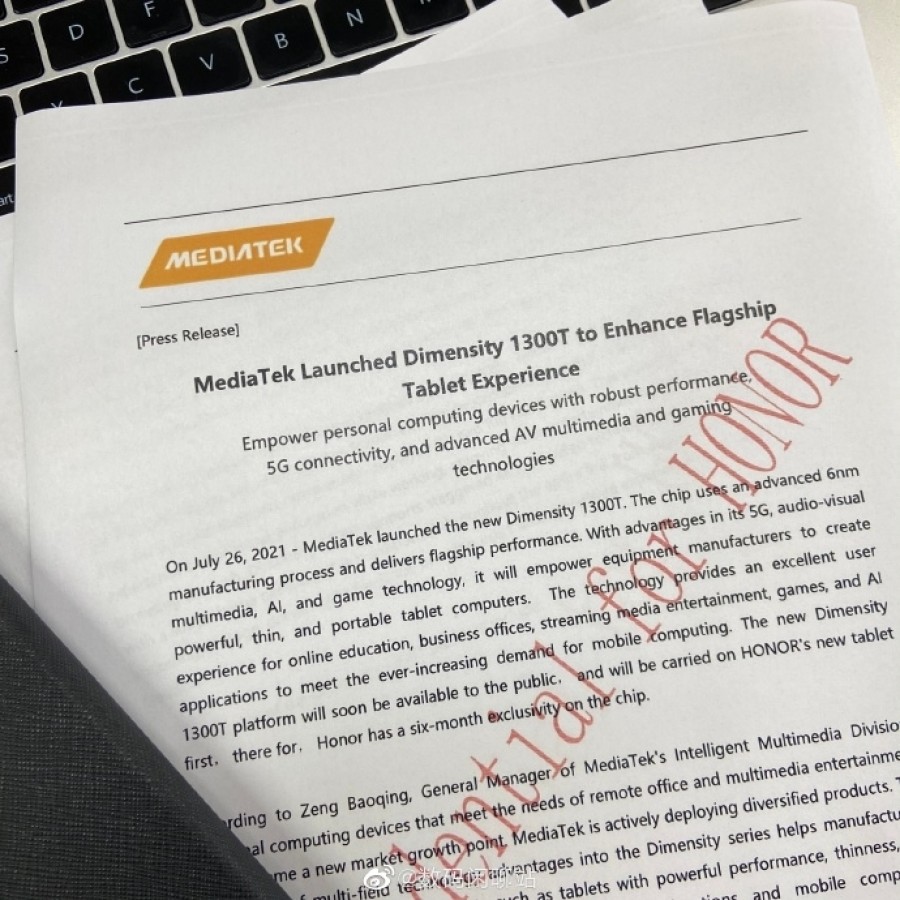 There are not many details in the document, but a leak from Digital Chat Station shows that the Dimensity 1300T will be based on TSMC’s 6nm node with ARM Cortex-A78 CPU cores.

There is no word on CPU core count, speeds, or configuration, but there will be 9 GPU cores, likely the Mali-G77 MC9 like before. It will also have a 6-core APU 3.0 setup.

The new SoC also shows an impressive performance boost compared with previous Dimensity chips. The CPU performance will reportedly improve by 30%, GPU performance has been increased by 40%, and the AI processing has improved by a whopping 82% compared to the Snapdragon 865 SoC.

Rumor has it that the Dimensity 1300T will remain exclusive to Honor devices for a while before becoming available to other brands. There is also speculation that it is appearing on a tablet before a smartphone due to its high power draw.