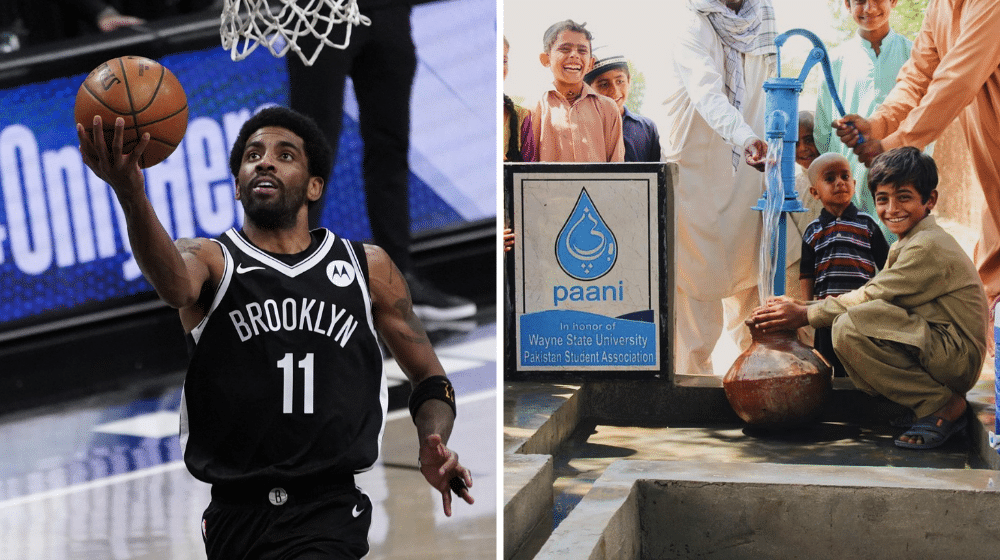 Basketball superstar, Kyrie Irving, has helped set up a solar-powered water project in Tharparkar, Pakistan. Irving, through his foundation, the KAI family, provided the funds to set up the project that provides water to around 1,000 villagers per day.

Mahoor Shahzad Apologizes for Her Racist Remarks After Strong Backlash

Tharparkar, a district in Sindh, is one of the poorest areas in the world and has suffered a drought over the past 17 years. Irving’s efforts have helped to provide clean drinking water to thousands of people in the area living below the poverty line through the ‘Paani Project.’

Paani nonprofit organization (NPO), founded in 2017, works with community partners and institutions in the United States and Pakistan to drive sustainable, evidence-based interventions that primarily focus on alleviating clean water inaccessibility, advocating for gender equity, and addressing a variety of pressing health disparities.

KAI foundation has not only funded the water project, but they have also helped set up solar-powered electricity for the area. According to details, electricity will be provided to local mosques, schools, and other facilities.

The 29-year old basketball player is regarded as one of the best players in the NBA currently. Irving currently plays for Brooklyn Nets in the NBA and is a seven-time NBA all-star.

Irving catapulted onto the scene in 2011 as he was the first draft pick of the Cleveland Cavaliers. He helped the team win the NBA Finals in 2016.