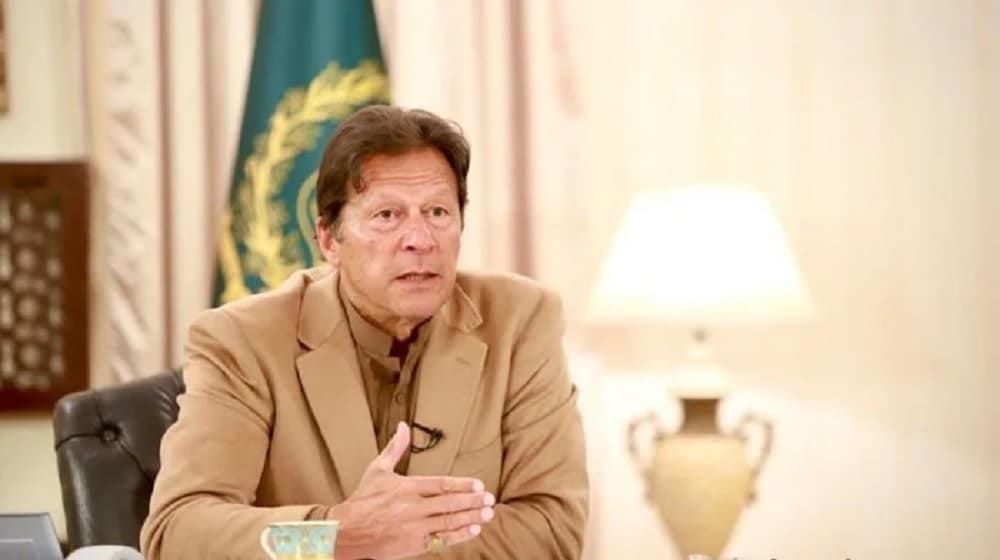 Following the conclusion of the Tokyo Olympics, Prime Minister Imran Khan gave an important message to the youth of Pakistan.

The premier shared a minute-long video clip of a female athlete who stumbled and fell in a race but quickly got back on her feet and won the race.

“I want the youth of Pakistan to watch the race and learn the most important lesson that sports taught me: you only lose when you give up,” penned the PM.

I want the youth of Pakistan to watch the race and learn the most important lesson that sports taught me: "you only lose when u give up." pic.twitter.com/a7UnCvnwSR

The athlete in the video is Sifan Hassan of the Netherlands, who at the start of the final lap of a qualifying round of the 1,500-meter race got clipped and fell down.

However, the 28-year-old runner quickly got up and ran at full speed, eventually passing every runner, including four in the last 50 meters, to win the heat in 4 minutes 5.1 seconds.

Electronic Voting Machine to be Presented in National Assembly This Monday

Sifan only managed to win a bronze medal in the 1,500-meter final. Faith Kipyegon of Ethiopia and Laura Muir of Great Britain won gold and silver medal respectively, with the Ethiopian athlete setting a new Olympic record.