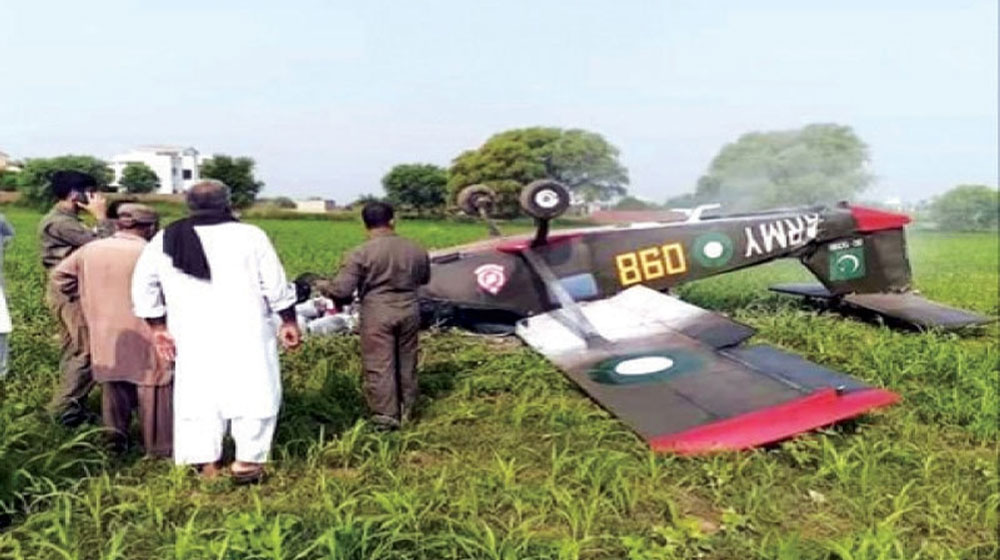 The two-seater aircraft flew from Nakodar Airbase at 8:41 am on a routine training mission and crashed in the nearby village at 8:45 am. Both pilots ejected safely before the crash.

Jhelum police Sub-Inspector, Ahsen Butt, said that Captain Ahmed Shah and Captain Daniyal received minor injuries upon landing. They were given first aid after being rescued.

This is the second such incident within a week. On Friday, 6 August, a Pakistan Air Force (PAF) fighter trainer jet had crashed near Attock due to a technical fault.

Pakistan To Receive $2.77 Billion From IMF This Month

A PAF spokesperson said that the aircraft was on a routine training flight when it crashed near PAF Base Minhas around 12:20 pm.

No loss of life or property was reported in the incident. A Board of Inquiry was ordered to investigate the cause of the accident.