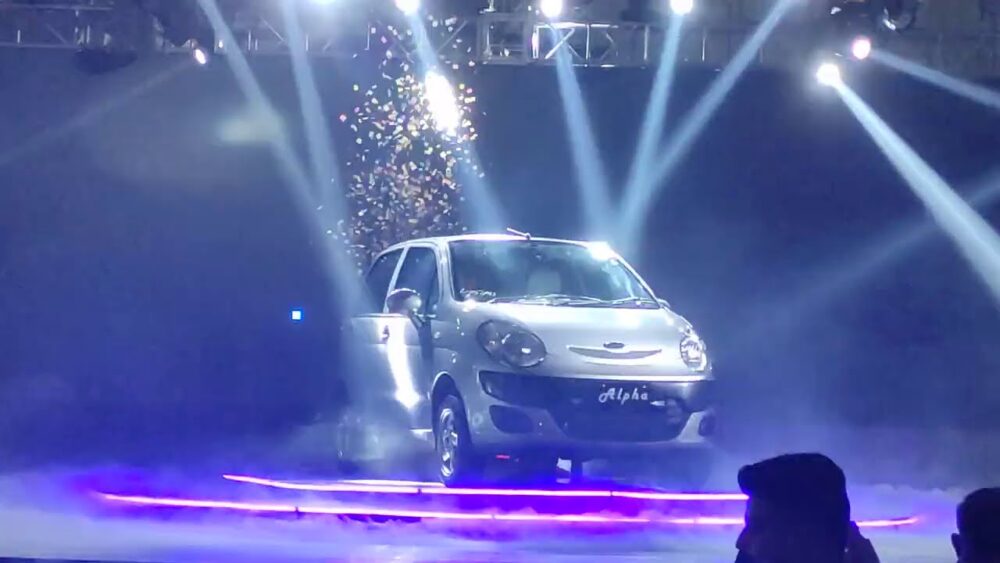 The United Motor Company Pakistan has announced a huge discount on the upcoming independence anniversary of Pakistan. It is offering the buyers of the Alpha hatchback an opportunity to save Rs. 91,000 on its original Manufacturer’s Suggested Retail Price (MSRP). 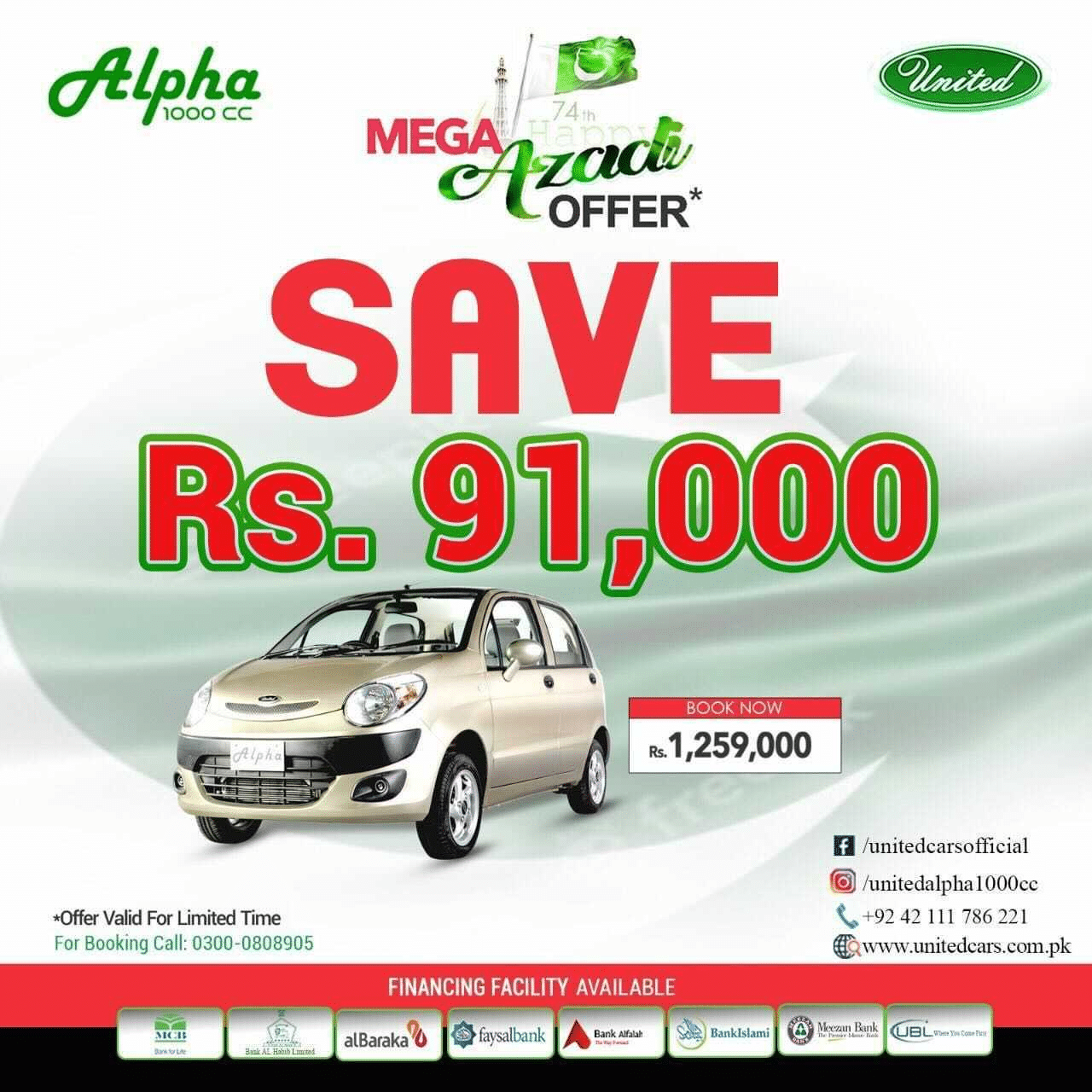 The car was launched in January 2021 at the Pearl Continental hotel in Karachi as a competitor of the Suzuki Cultus and the Kia Picanto, with an initial price tag of Rs. 1,395,000 that was significantly lower than those of the Cultus and the Picanto that start from Rs. 1,780,000 and Rs. 1,899,000 respectively.

Furthermore, the Alpha comes with features such as alloy wheels, fog lamps, a rear camera, and a multimedia screen, power windows, and a rear wiper. Some of them are not available in the base variants of the Picanto and the Cultus, both of which are more expensive than the Alpha.

The United Motor Company has not enjoyed a good run in past in terms of the sales of the Bravo hatchback, and now the Alpha is missing basic features such as an Anti-Lock Braking System (ABS) and airbags, which is negatively impacting its sales. However, there is a possibility that the reduction in its price may result in more sales.