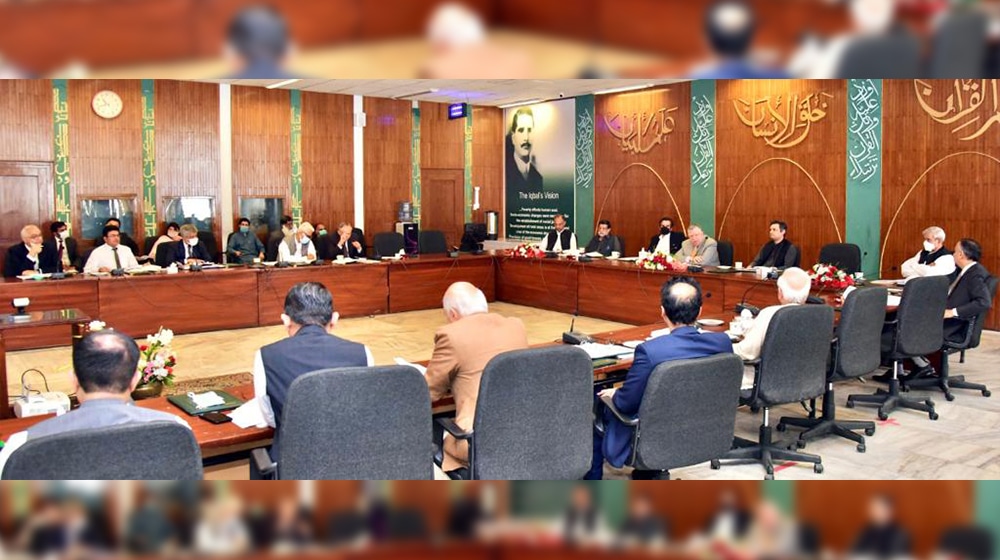 Federal Minister for Finance and Revenue, Mr. Shaukat Tarin, presided over a meeting of the Economic Coordination Committee (ECC) of the Cabinet today.

After due deliberations, the Committee approved the continuation of electricity and gas subsidy for export-oriented sectors to support the momentum of growth in exports during the FY 2021-22.

In his remarks, the Finance Minister emphasized the need to incentivize export-oriented sectors to take our exports to the next level. At the same time, the Finance Minister stressed the need to rationalize the usage of energy inputs. For this purpose, the ECC constituted a sub-committee comprising Minister for Energy, Minister for Industries & Production, Advisor on Commerce, Deputy Chairman Planning Commission, Additional Secretary (CF) Finance Division, and other relevant officials for presenting a plan to resolve the issue of continued use of gas by some units for power generation and non-cooperation in the audit of such use. The sub-committee was directed to present its recommendations before ECC within 30 days for further deliberation.

The ECC also approved another summary by the Petroleum Division regarding NOC for issuance of the Parent Company Guarantees/Corporate Guarantees by each of the consortium companies on a joint and several bases, in favor of ADNOC and SCFEA to pursue international exploration and production opportunity in Abu-Dhabi, United Arab Emirates.

Financial Institutions to Implement New Registry as per FATF Recommendations