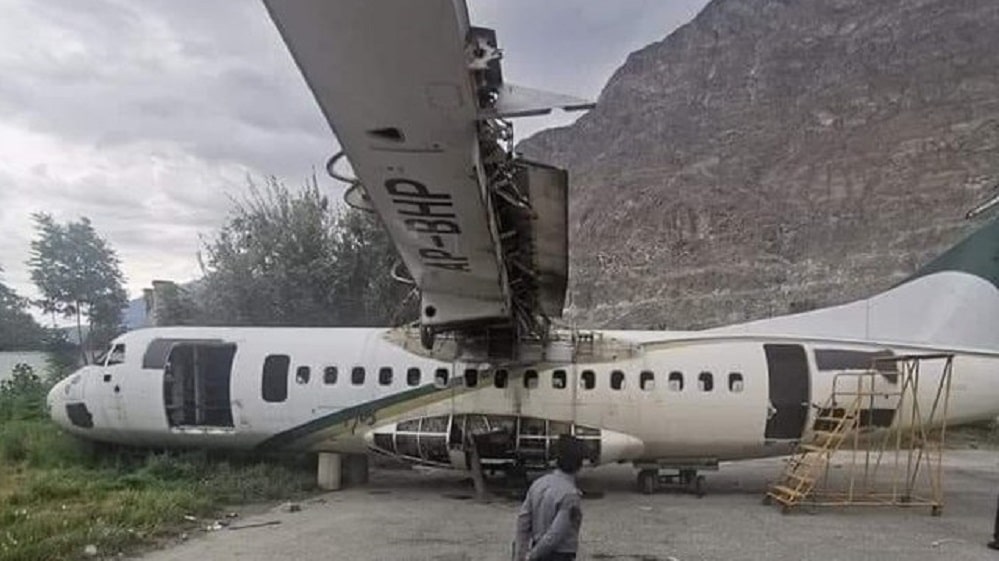 An out-of-service ATR aircraft of Pakistan International Airlines (PIA) has been auctioned off for Rs. 8.3 million, 10 times higher than its opening price.

According to details, PIA had parked the aircraft at Gilgit Airport on the completion of its operational lifetime.

The engine and other parts of the 4000 kg plane were auctioned off to a local scrap dealer by weight.

A spokesperson for the PIA said that the auction was held on the recommendation of the Engineering Department of the national flag carrier.

The aircraft was initially priced at Rs. 0.84 million for auction but it fetched the PIA 10 times more than the opening price, added the spokesperson.

Earlier this year in March, it was reported that PIA had decided to ground its ATR fleet by 31 August 2021.

However, the national carrier termed the media reports ‘fake’ and said that ATR aircraft would continue to be a part of PIA’s flight operations.