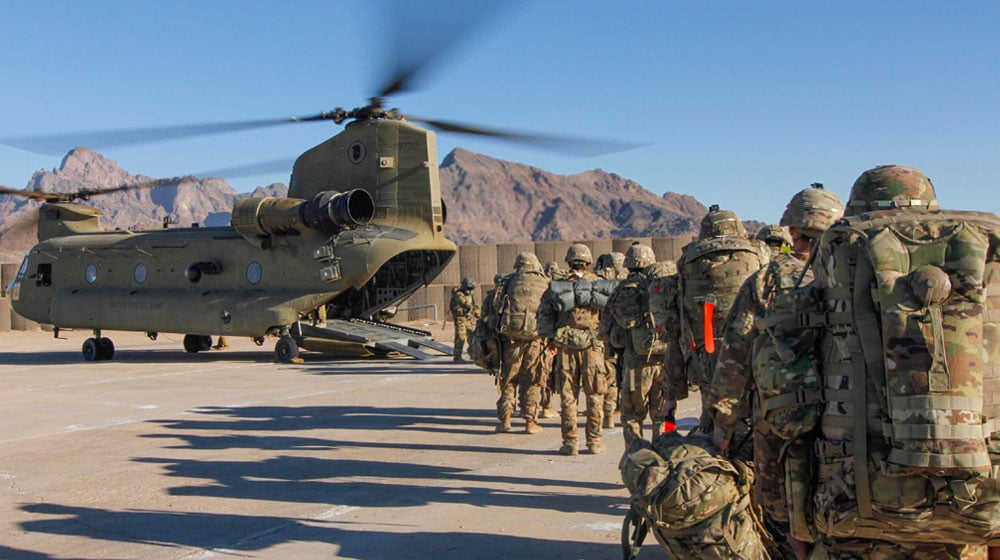 The United States on Wednesday acknowledged Pakistan’s support and assistance in the troops pullout from Afghanistan.

Taking to Twitter, the US embassy in Islamabad said that the evacuation operation from Afghanistan had been completed, and now Washington will focus on diplomatic engagement in the region.

The U.S. military operation to evacuate personnel from Afghanistan has been completed, but we remain focused on our diplomatic engagement in the region. The United States  appreciates Pakistan’s support and assistance with both of these efforts.

“The United States appreciates Pakistan’s support and assistance with both of these efforts,” the tweet added.

The last US military aircraft flew from Afghanistan yesterday, meeting the 31 August deadline to end the 20-year war that began and ended with the Taliban in power.

The Taliban saw the withdrawal of foreign troops as a success against the superpower celebrated it with aerial firing.

They later swept into the country’s largest airport that was the epicenter of the evacuation process and remained under US control until yesterday. Reportedly, Turkey and Qatar have agreed to help the Taliban operate the Hamid Karzai International Airport, which had been temporarily closed for commercial and military planes.

Meanwhile, Pakistan feared that the US withdrawal would leave a vacuum for terrorist organizations like Tehreek-e-Taliban Pakistan (TTP) to grow stronger in Afghanistan.

“The next two to three months are critical,” a senior Pakistani official told the Reuters news agency, adding that Islamabad feared a rise in attacks along the Afghan-Pakistan border.

“We [the international community] have to assist the Taliban in reorganizing their army in order for them to control their territory,” the official said.