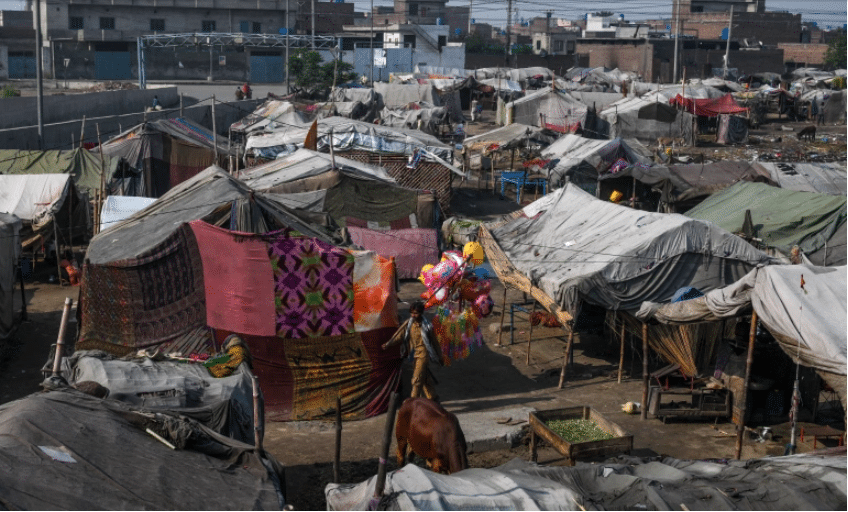 A higher interest rate and a higher exchange rate depreciation lead to higher inequality and poverty, said Dr. Hafiz A. Pasha, the former Finance Minister of Pakistan, while speaking at the webinar ‘Understanding the Social Implications of Monetary Policy in Pakistan’ held by the Sustainable Development Policy Institute (SDPI).

While highlighting some negative developments in the commercial banking system, Dr. Pasha said that there is a low share of priority sectors such as agriculture, SMEs, and housing in terms of credit to the private sector.

It is crucial to evaluate the social implications of monetary policies, such as inequality, but these have been rarely touched upon in Pakistan, he added.

Mr. M. Ali Kemal, Chief SDGs, Ministry of Planning & Special Initiatives, was of the view that inequality in Pakistan is part of a system that has not changed much in the last few years. In Pakistan, the policies made by the powerful are generating inequalities in the system.

However, he added that the green financing mechanisms are playing a key role by reducing inequalities and building back in a more resilient way.

Dr. Abid Qaiyum Suleri, Executive Director, SDPI, earlier emphasized the need for extensive research on the social impacts of monetary policy. Such research should be disseminated to all relevant departments.

While the political economy of policy-making is extremely important, collective efforts should be made to increase the number of beneficiaries of a policy, Dr. Suleri added.

He added that a general avoidance to evaluate monetary policies leads to significant ignorance towards the developmental role of monetary policy such as reducing inequality.

Dr. Aliya Hashmi Khan, a Former Member Economic Advisory Council, argued that any economic policy should have horizontal linkages with social policies such as inequality, health, and education.

Dr. Waseem Shahid Malik, Professor of Economics, highlighted that we do not have much evidence on how monetary policies affect economic activities in the informal sector.

Dr. Hamza Ali Malik from UNESCAP suggested that there should be a focus on broader central bank policies, rather than just monetary policy while assessing social implications.

Senior economist, Dr. Ahmed Jamal Pirzada, explained that the objectives of monetary policy and the role of the central bank had not been defined in Pakistan.

Dr. Waqas Ahmed, Additional Director, State Bank of Pakistan, highlighted that the exchange rate management is a critical factor and that around 90 percent of the money spent in social sectors such as education or health is spent on creating infrastructure and not on quality improvement.

Dr. Syed Kalim Hyder Bukhari was of the view that institutional development and policy coordination is the solution for balanced growth and social development in Pakistan.

Dr. Vaqar Ahmed, Joint Executive Director, SDPI, said that the evaluation of monetary policies cannot be done by the State Bank of Pakistan alone. There is a need to place an agenda for action research on the social implications of monetary policy since we cannot do evidence-based policymaking without evidence, he added.