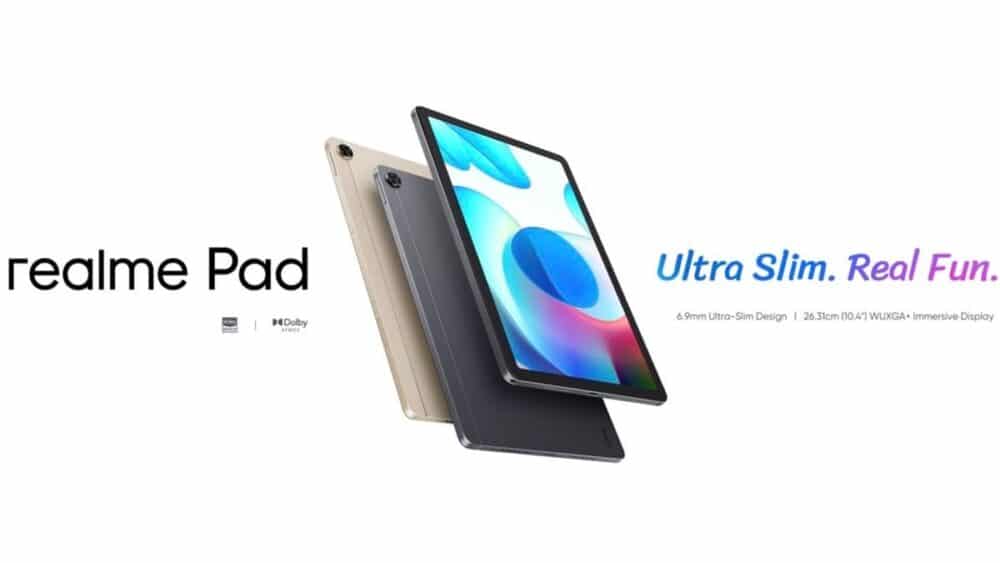 After a long streak of teasers and leaks, Realme has finally unveiled its first-ever tablet, the Realme Pad. Its main selling point is its light and slim body, measuring only 6.9mm in thickness, and its highly affordable price point. 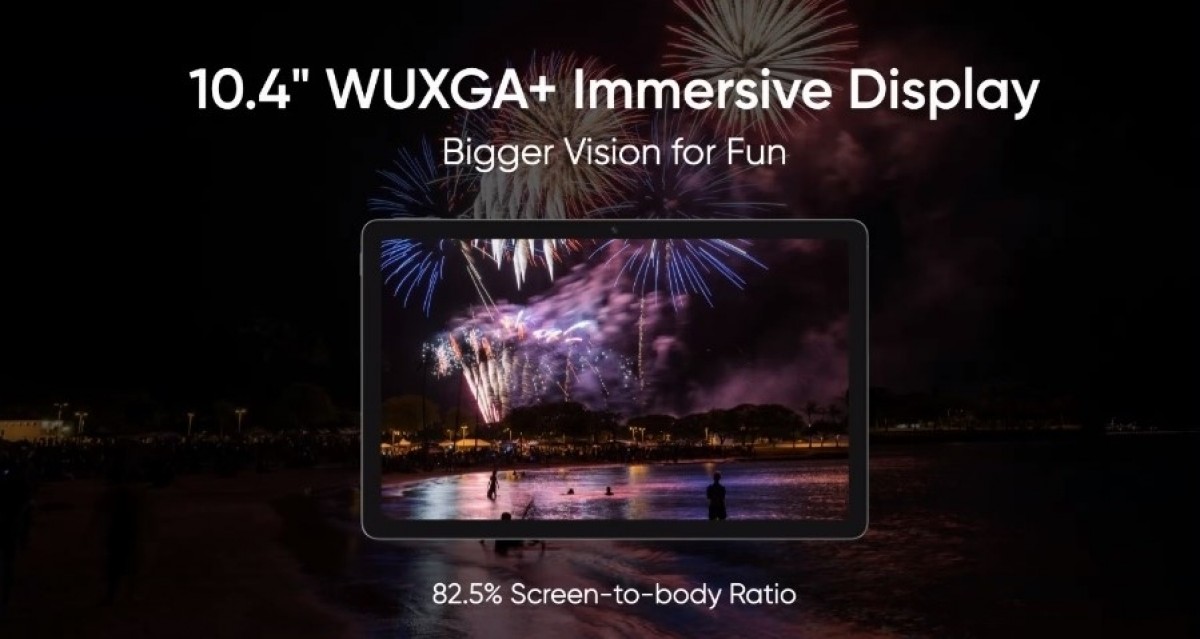 The display is a 10.4-inch LCD panel boasting a screen resolution of 2000 x 1200 pixels. The screen-to-body ratio is 82.5% and there is a single 8MP camera at the top of the screen. The rear also has a single 8MP shooter as the main camera. Both of these cameras can record HD videos.

There are a total of four speakers on the tablet with one in each corner. All of them have support for Dolby Atmos’ adaptive surround sound.

Under the hood, the MediaTek Helio G80 chipset takes the helm alongside two different memory configurations including 3/4GB RAM and 32GB or 64GB of storage. There is also a microSD card slot for storage expansion. 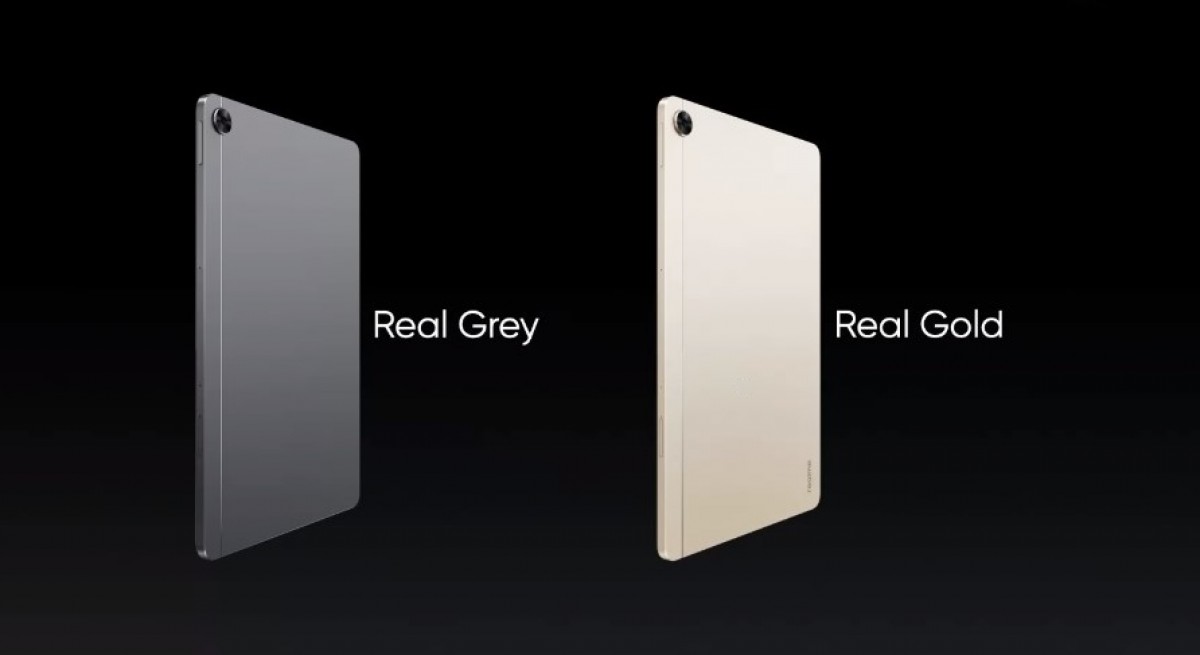 Realme Pad boots Android 11 out of the box with Realme Pad UI specially designed for the tablet to make the best use of the large screen. The battery capacity is 7,100 mAh with 18W charging and reverse charging support.

It will be available in Grey and Gold colors (as shown above) for a starting price of $190.