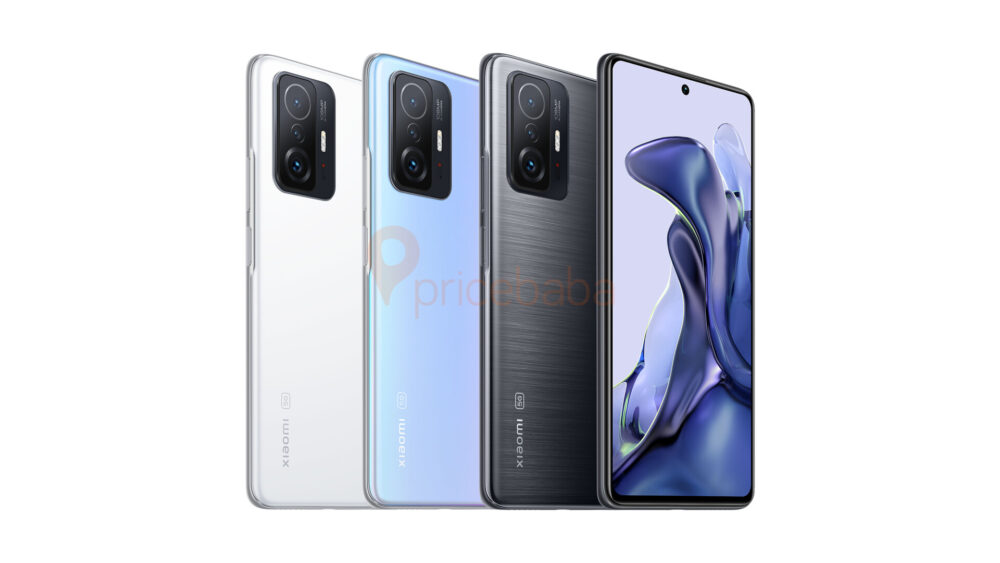 Xiaomi 11T and 11T Pro are only two days away from launch and the phones have just appeared in leaked renders courtesy of tipster Snoopy. These renders show us our first detailed look at the two smartphones in different color options.

ALSO READ
Xiaomi 12 Will be The World’s First Phone to Feature a 200MP Camera: Leak

They have the exact same design with a centered punch-hole camera, thin bezels, and a large rectangular camera cutout on the back. This camera setup includes two large sensors and a smaller one in the middle. There is an LED flash and a laser autofocus unit next to the camera lenses.

The main camera is also labeled with “108MP”. The colors shown in the image are known as Meteorite Gray, Celestial Blue, and Moonlight White. Aside from that, a fingerprint sensor can be seen on the side atop the power button.

According to previous rumors, we know that the 11T Pro will feature MediaTek Dimensity 1200 SoC with 8GB RAM and 128GB/256GB storage options. A 4,500 mAh or 5,000 mAh battery cell will have support for a whopping 120W fast charging. The front camera will be a 20MP shooter while the back will have a 108MP triple camera setup.

The display size is unknown, but it will be an OLED panel with a smooth 120hz refresh rate.

Other than the Xiaomi 11T and 11T Pro, Xiaomi is also expected to launch the Mi Pad 5 and the Xiaomi 11 Lite 5G on September 15.