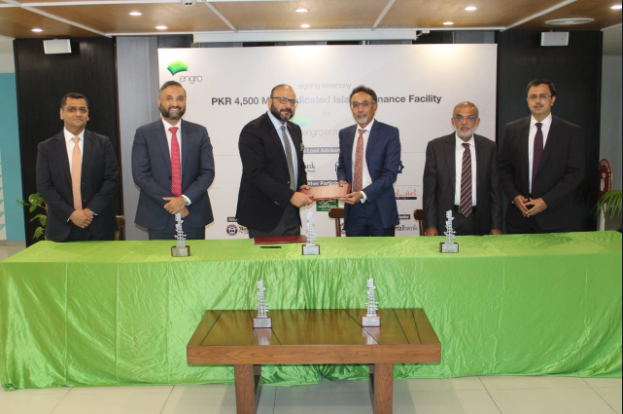 Engro Enfrashare, a wholly-owned subsidiary of Engro Corporation, has entered into an Islamic syndicate arrangement totaling Rs. 4.5 billion, according to a press release.

The syndicate is led by Meezan Bank and Faysal Bank, and includes the National Bank of Pakistan (NBP), MCB Islamic Bank, and the Allied Islamic Bank.

The subsidiary said that “the proceeds raised through this Islamic syndication would be utilized to finance the development of tower sites for various mobile network operators (MNOs) operating in Pakistan”.

The financing tenor will be seven years, which includes a grace period of two years.

Engro had announced in August that it will enhance its equity investment in the Telecom Infrastructure Vertical to Rs. 21,500 million. Launched in 2019, the vertical was aimed at advancing Pakistan’s development of connectivity infrastructure.

Engro Enfrashare works to develop shared telecommunication towers and provide telecommunication infrastructure and related services, including network monitoring solutions. The statement also detailed that it has worked with MNOs to construct build-to-suit (B2S) sites across Pakistan to serve coverage and capacity requirements.

The President and CEO of Engro Corporation, Ghias Khan, said that “Engro is committed to expanding its footprint in the Telecom Infrastructure vertical to power Pakistan’s progress in the digital era,” and added that “with the support of banking partners like Meezan Bank, Engro Enfrashare will continue to work towards its purpose of making connectivity more accessible and affordable for everyone”.

The founding President and CEO of Meezan Bank, Irfan Siddiqui, said that the bank understands the importance of telecommunication infrastructure and encourages companies to develop strong infrastructure that can facilitate digitization projects and allow them to provide their customers with improved services.