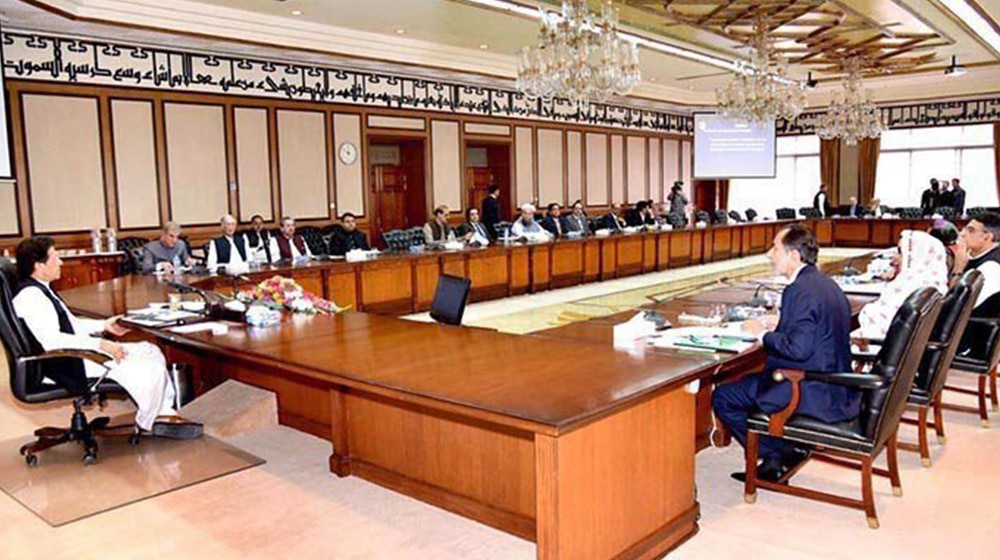 The Federal cabinet has approved a 44 percent increase in the house rent ceiling of government employees.

This was announced by the Federal Minister for Information and Broadcasting Fawad Hussain Chaudhry while briefing media about the decisions taken in the federal cabinet, which met in Islamabad today with Prime Minister Imran Khan in the chair.

Chaudhry Fawad Hussain said the cabinet approved the inclusion of Uzbekistan to the Business Visa List under which the Pakistani embassy in Tashkent can issue multiple visas for five years to the business community. He said it is a step forward to strengthen business and trade relations between the two countries.

He said import and exhibition of regional countries movies have also been allowed to revive cinema and the film industry in Pakistan. He said Canadian Punjabi movies and films from Iran and Turkey would be exhibited in Pakistani cinemas. He said the government is providing incentives to cinema houses, and a massive relief is being given to the film industry on taxes.

The Minister said that Pakistan’s polio eradication efforts yielded positive results, and only one case has been reported in the last seven months, which is a great success against polio. He expressed the hope that Pakistan is on the way to become a polio-free country.