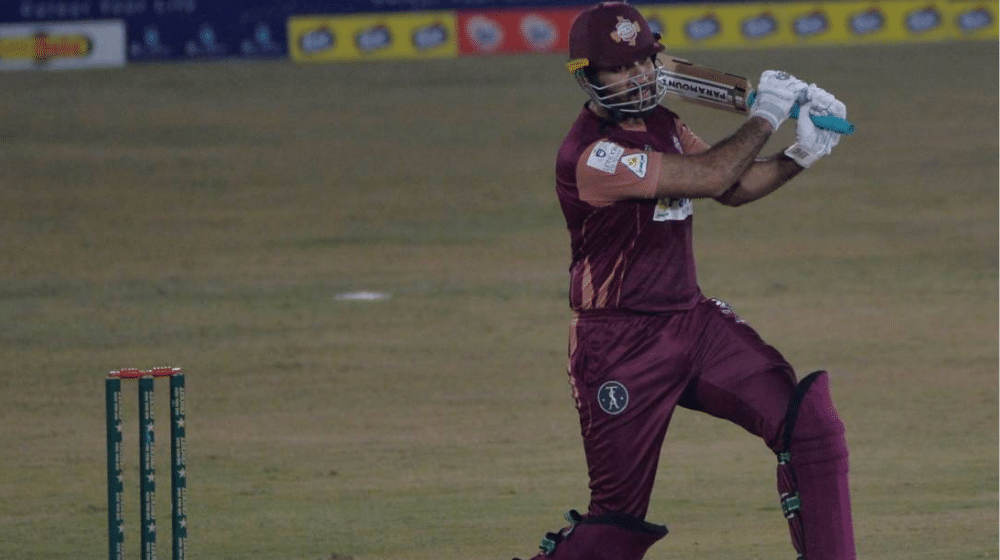 Pakistan’s middle-order batsman, Sohaib Maqsood, has become the leading six-hitter in the history of the National T20 Cup. Sohaib achieved the feat during Southern Punjab’s encounter against Balochistan in the 7th match of the ongoing National T20 Cup 2021.

Here are the top ten six-hitters in National T20 Cup:

Sohaib has been in a rich vein of form over the past year. He was one of the leading run-scorers in the National T20 Cup’s previous edition and he followed it up with a player of the tournament performance in the sixth edition of Pakistan Super League (PSL), helping Multan Sultans to their first-ever PSL title.

The 34-year old will look to replicate his performances in the ongoing tournament and carry his form into the T20 World Cup, scheduled to be held in UAE in October and November. Sohaib has been selected in the T20 World Cup squad on the basis of his recent performances and his six-hitting ability and the tea management will be hoping that he showcases his talent in the mega event.