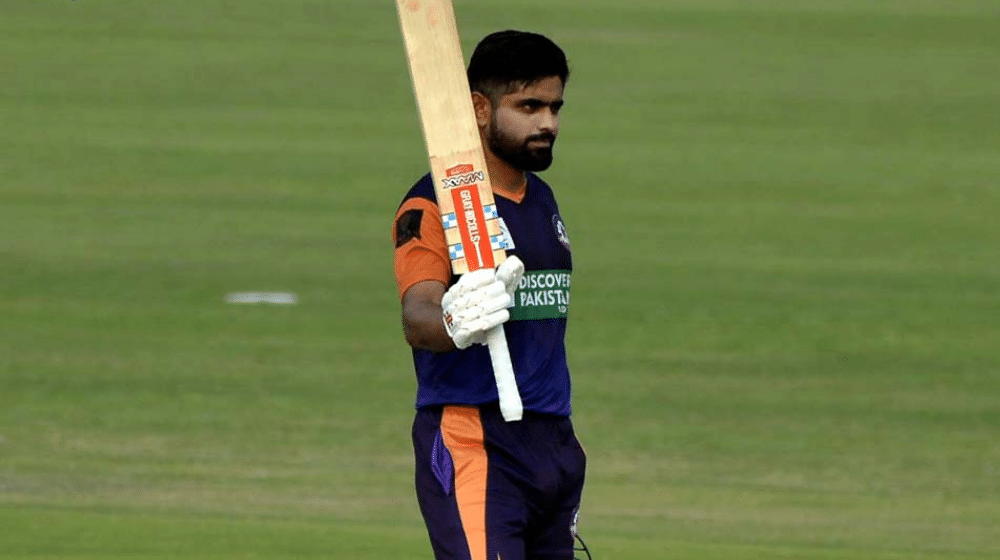 Pakistan’s all-format captain, Babar Azam, continued his brilliant form in T20 cricket as he scored a record-breaking century in the match between Central Punjab and Northern in the ongoing National T20 Cup 2021. The star batsman’s magnificent knock of 105* came off 63 balls and included 11 boundaries and 3 sixes.

This was Babar’s sixth century in T20 cricket, the most by a Pakistani batsman in the shortest format of the game. Previously, Kamran Akmal and Ahmed Shehzad were leading the charts for most centuries by a Pakistani player as both have scored five centuries each.

Since 2019, Babar has scored six centuries in T20 cricket, while no other Pakistani batsman has scored even two during this period.

Here are the Pakistani batsmen with the most T20 centuries:

Only six other batsmen in world cricket have scored more centuries in the shortest format of the game than Babar Azam. West Indies’ legendary batsman, Chris Gayle, leads the pack with a walloping 22 centuries in T20 cricket. He is followed by the Australian trio of Michael Klinger, Aaron Finch, and David Warner, who have scored 8 centuries each. Former New Zealand captain, Brendon McCullum, and former England opener, Luke Wright have scored 7 centuries each in the format.

Here are the batsmen with the most centuries in T20 cricket:

The number two T20I batsman in the world has been in fine form in the calendar year. He is the second-highest run-scorer in T20 cricket in 2021 and has been scoring heavily in every tournament. He finished as the leading run-scorer in Pakistan Super League (PSL) season six and is also leading the run-scoring charts in the National T20 Cup 2021.