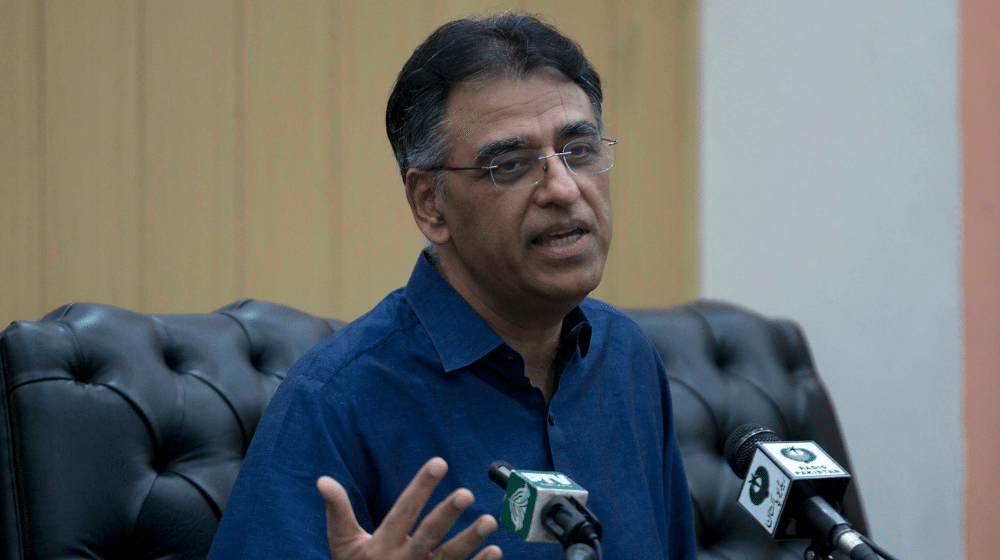 While refuting a report regarding debt burden under China-Pakistan Economic Corridor (CPEC), the Planning and Development Minister, Asad Umar, on Wednesday said Pakistan did not have a “China debt” problem pertaining to loan financing from the project.

Addressing a joint press conference flanked by the Special Assistant to the Prime Minister on CPEC, Khalid Mansoor, the planning minister acknowledged that Pakistan had debt servicing and debt sustainability challenges but stressed that “we do not have a China debt problem.”

Asad Umar was responding to a recent report by a US-based international development research lab, AidData, that was critical of CPEC. He claimed that “misconceptions are being spread regarding the transparency of CPEC projects, debt sustainability, and secret loans”. Brushing aside the report, he said, “China has facilitated some CPEC projects by granting loans to Pakistan”, adding that loans were granted on less markup compared to the loans borrowed from other countries. The federal minister said that 74% of external loans have been taken from international financial institutions.

Denying all rumors regarding expensive loans from China, the minister highlighted that power projects under the CPEC have an average of 4% interest rate, while the cumulative rate of interest on other Chinese loans is 4.25%. Umar mentioned that the government had shared all the details of the loans related to CPEC with the International Monetary Fund (IMF).

The federal minister said that wrong information leads to misunderstanding, adding “the reason for the increase in the current account deficit is not Chinese loans as China had provided various grants for different CPEC projects,” he said. Umar maintained that foreign media is spreading “incorrect information regarding CPEC” and urged the local media to question foreign reports instead of relaying information released by them “without due verification and understanding.”

“The IMF is a part of the programme and all details regarding the projects under CPEC have been shared in the Parliament as well,” he said.

Asad Umar said that data on energy and power projects was available with the National Electric Power Regulatory Authority (NEPRA) and that the government had provided information about CPEC to the International Monetary Fund at the start of its programme. Regarding the purported issuance of secret loans, the planning minister said, “We tried to think about it but only one thing comes to our mind that maybe they are calling sovereign guarantees for any loan or project as secret or hidden debt.”

He explained that sovereign guarantees were provided to all independent power producers and “nothing new was created in this [and] neither is it a secret”. He said there were various other projects where the government utilized measures such as sovereign guarantees or standby credit to support the private sector in making investments instead of putting up its cash. Umar claimed that CPEC loans for private power projects were comparatively cheaper than loans from other international agencies such as the World Bank or the Asian Development Bank.

Regarding the loans for infrastructure projects, he said a majority of them were taken at a concessional rate of two percent interest. Asad Umar added that China had provided various grants as well for different CPEC projects and if they were included then “the average rate of the government-to-government loan is less than 2%”.

The planning minister said the information was shared “before as well” and that it was being repeated due to the report being highlighted in the media.

Responding to a question on the lack of employment opportunities created from CPEC projects, Umar explained that the first phase of infrastructure and capital-intensive projects was not intended to generate employment. “The jobs, which are meant to come, will arise from our new projects starting now, such as industrialization ventures, industrial investment, manufacturing and agricultural projects”, he added.

He explained that both Pakistan and China would welcome the participation of other countries in CPEC, adding that it would be a “very good idea” to make it a regional corridor and “Pakistan will completely support it.” The minister also called upon the international community to maintain financial relations with Afghanistan and become a part of its development process.