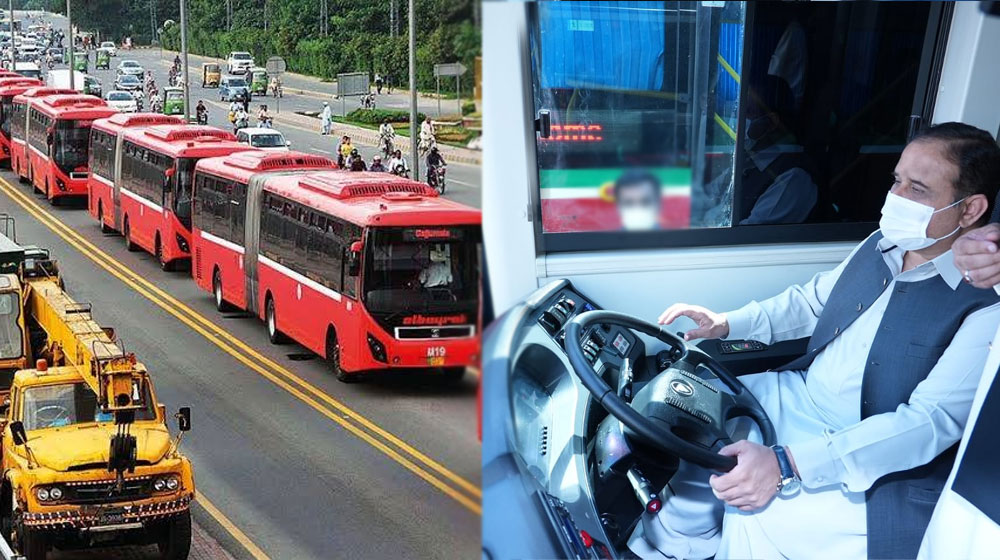 Punjab government has saved more than Rs. 15 billion in a recent deal of 64 buses for Lahore Metro, a Special Assistant to Chief Minister (SAPM) said on Monday.

As per details, Chief Minister Usman Buzdar handed over 64 environment-friendly buses to the Lahore Mass Transit Authority (LMTA) at a ceremony held at Metro Bus Depot, Ferozepur Road, on Monday.

Hours later, his Special Assistant on Information and Special Initiatives Hassan Khawar tweeted a comparison of the deals signed by the incumbent and the previous government.

Khawar said that the Pakistan Muslim League-Nawaz (PML-N) government signed an eight-year contract in 2013 for Rs. 12.9 billion. The current value of the contract, after taking the inflation into account, will be Rs. 26 billion, he said.

Let these facts sink in! https://t.co/KF4dJoN2CF

On the other hand, the same contract for as many buses in 2020 was signed for Rs. 10.8 billion by the Buzdar government.

He said that the incumbent government saved Rs. 2.1 billion nominally, and over Rs. 15 billion in real savings.

ALSO READ
Pakistan’s Debt Has Increased by 11.5% Over Last Year

In September 2012, PMTA and Turkish conglomerate and the current operator of the metro bus service, Albayrak Group, had signed an 8-year contract with Lahore Metro at a rate of Rs. 368 per kilometer.

Had the Punjab government renewed the same contract at the current USD rate, it would have cost Rs. 532 per kilometer.

In order to save money, the provincial government re-announced bids in September 2020 for the contract and received the best bid of Rs. 304 per kilometer from a joint venture led by VEDA AMAZA. The contract was given to the company for the next eight years.