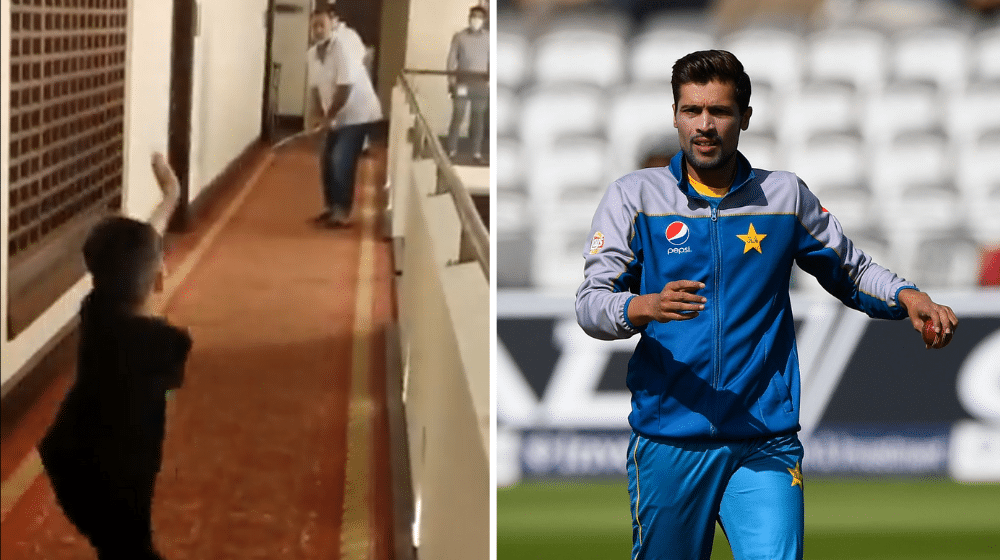 Abdullah managed to beat the bat of Basit with a terrific outswinger as he showcased a glimpse of his talent. During the video, Basit Ali asked Abdullah what does he want to become to which he replied, ‘Mohammad Amir’.

The video was appreciated by the cricketing fraternity on Twitter as it garnered over 8,500 likes and 300 retweets.

The video also caught the attention of former fast bowler, Mohammad Amir, as he praised the talent of the young boy. Amir said that Abdullah swings the ball better than him and said that he will hopefully represent Pakistan in the future.