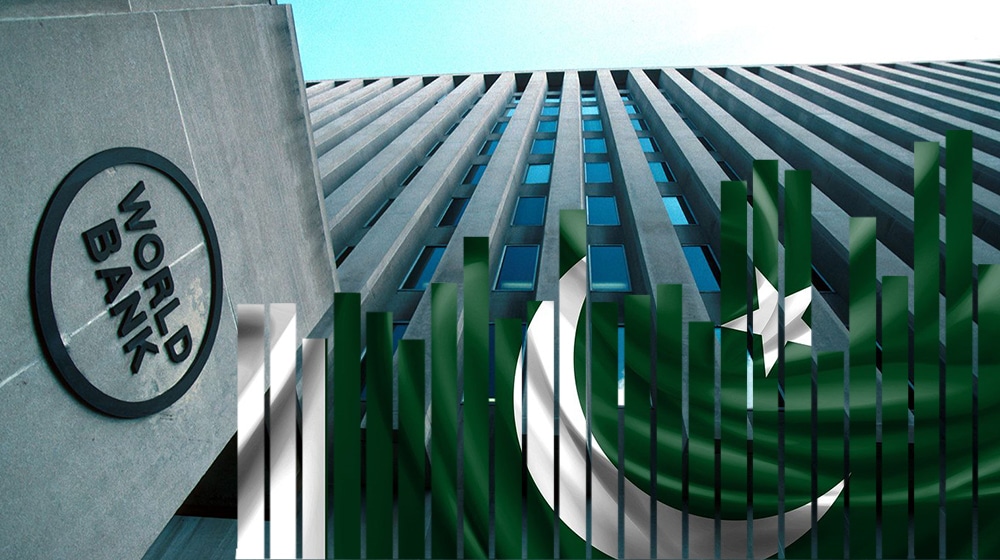 Economic growth is expected to ease in FY22 before strengthening again in FY23. However, potential delays in the IMF program, high demand-side pressures, potential negative spillovers from the evolving situation in Afghanistan, and more severe and contagious COVID-19 waves pose downside risks to the outlook.

The report detailed that along with the pandemic, the Government of Pakistan has focused on managing the repeated COVID-19 infection waves, implementing a mass vaccination campaign, expanding its cash transfer program, and providing accommodative monetary conditions to sustain economic growth.

While grappling with the fourth wave of COVID-19, the government reimplemented micro-lockdowns that successfully limited the spread of the infection while permitting economic activity to continue, and thereby mitigating the economic fallout. However, the vaccination rates are low despite having been accelerated, and only around 10 percent of the total population was fully vaccinated by 15 September.

The 39-month IMF-Extended Fund Facility (IMF-EFF) is likely to be resumed in FY22 with the sixth review mission expected in October 2021. The key reforms include domestic revenue mobilization, the reduction of power sector arrears, an electricity subsidy reform, and more central bank operational autonomy, all of which are expected to strengthen long-term growth.

The major downside risks include delays and the stalling of the IMF-EFF program, and the consequent external financing difficulties, exceedingly high domestic demand leading to unsustainable external pressures, more contagious COVID-19 strains that require widespread lockdowns, and a worsening of regional and domestic security conditions, including those stemming from the Afghanistan situation. All these could delay the critical structural reforms.

The World Bank added that in line with the 25-basis point policy rate hike in September 2021, fiscal and monetary tightening is expected to resume in FY22 as the government refocuses on mitigating emerging external pressures and managing long-standing fiscal challenges. Output growth is, therefore, projected to ease to 3.4 percent in FY22 which strengthens to four percent in FY23 with the implementation of key structural reforms, particularly those aimed at sustaining macroeconomic stability, increasing competitiveness, and improving the financial viability of the energy sector.

Inflation is projected to edge up in FY22 with expected domestic energy tariff hikes and higher oil and commodity prices before moderating in FY23. Poverty is expected to continue declining to four percent by FY23. The current account deficit is projected to widen to 2.5 percent of the GDP in FY23 as imports expand with higher economic growth and oil prices. Exports are also expected to grow strongly after initially tapering in FY22 as tariff reform measures gain traction, supporting export competitiveness. Additionally, the growth of official remittance inflows is expected to become moderate after benefiting from a pandemic-induced transition to formal channels in FY21.

Despite fiscal consolidation efforts, the deficit is projected to remain high at seven percent of the GDP in FY22 and widen to 7.1 percent in FY23 due to pre-election spending. The implementation of critical revenue-enhancing reforms, particularly the General Sales Tax harmonization, will support a narrowing of the fiscal deficit over time. Public debt will remain elevated in the medium-term, as will Pakistan’s exposure to debt-related shocks. This outlook assumes that the IMF-EFF program will remain on track, the report detailed.

It also showed that South Asia’s recovery continues as global demand rebounded and targeted containment measures helped to minimize the economic impacts of the recent waves of COVID-19. Regardless, the recovery remains fragile and uneven, and most countries are far from pre-pandemic trend levels.

The report projects the region to grow by 7.1 percent in 2021 and 2022. While the year-on-year growth remains strong in the region, albeit from a very low base in 2020, the recovery has been uneven across countries and sectors. South Asia’s average annual growth is forecast to be 3.4 percent over 2020-23, which is 3 percentage points less than it was in the four years preceding the pandemic.

India’s economy, which happens to be South Asia’s largest, is expected to grow by 8.3 percent in the fiscal year 2021-22, aided by an increase in public investment and incentives to boost manufacturing. Continued recovery in exports and consumption in Bangladesh will help growth rates pick up to 6.4 percent in the fiscal year 2021-22. The Maldives’ GDP is projected to grow by 22.3 percent in 2021 as its tourism numbers recover.

The World Bank’s Vice President for the South Asia Region, Hartwig Schafer, remarked that “the pandemic has had profound impacts on South Asia’s economy. Going forward, much will depend on the speed of vaccination, the possible emergence of new COVID variants, as well as any major slowdown in the momentum of global growth”/

“While short-term recovery is important, policymakers should also seize the opportunity to address deep-rooted challenges and pursue a development path that is green, resilient, and inclusive,” he advised.

COVID-19 has left long-term scars on the region’s economy, the impacts of which can last well into the recovery. Many countries experienced lower investment flows, disrupted supply chains, and setbacks to human capital accumulation, including substantial increases in debt levels. The pandemic is estimated to have caused between 48 to 59 million people to become or remain poor in 2021 in South Asia.

As countries build back, they have a chance to re-think their long-term development models. With the emergence of new digital technologies, South Asia has an opportunity to shift gears from a traditional manufacturing-led growth model and capitalize on the potential of its services sector.

The role of services in the region’s economy has been increasing amid rapid technological change and the accelerated structural transformation of global economic activity in response to the pandemic. The adoption of digital technologies makes services more tradable, enables services to increase the productivity of other sectors, including manufacturing, and creates new markets.

Some South Asian countries are increasingly providing business and professional services that add value to manufacturing and play a key role in global value chains.

Hans Timmer, a World Bank Chief Economist for the South Asia Region, stated, “Countries in South Asia have a strong comparative advantage in exporting services, particularly business processes and tourism, whereas they have struggled to break into manufacturing export markets”.

He added that the region needs to rethink regulations and establish new institutions to support innovation and competitiveness” to realize the potential of the services-led development.