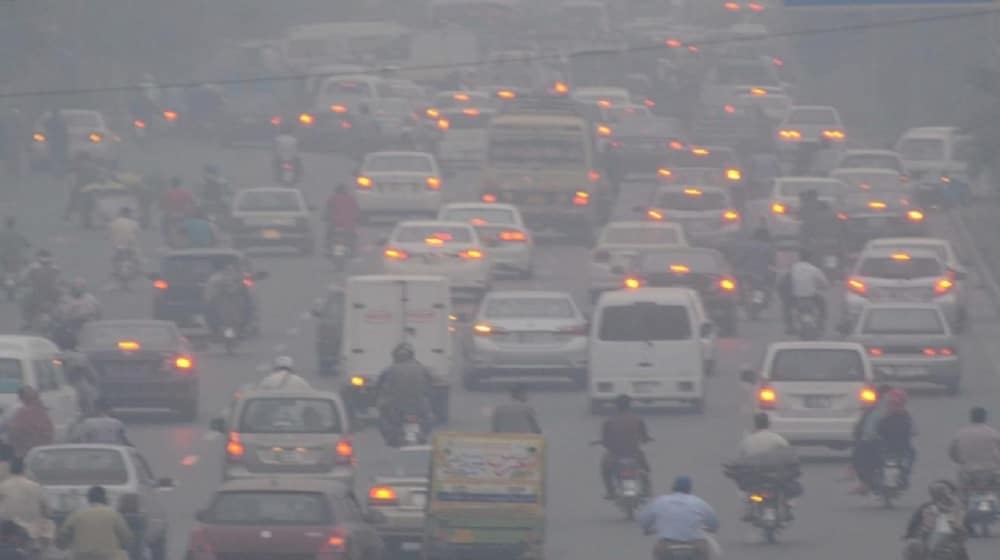 The government of Punjab has decided to act against the industries and motorists that contribute to air pollution in the province.

Smog is a recurring environmental threat in Lahore and other major cities during the winter, and this step has been taken to control it.

The Chief Secretary of Punjab, Kamran Ali Afzal, chaired a meeting today in which it was decided that prompt action will be taken against motorists, industries, and people involved in burning crop stumps and garbage, and causing air pollution otherwise.

He has directed the concerned departments to ensure that Section 144 is imposed across the province, and to introduce guidelines to prevent smog.

Afzal also ordered authorities to prohibit the use of substandard fuel in factories, and added that negligence in this regard will not be tolerated.

Smog is formed from a mixture of pollutants and water vapors in the atmosphere, and results in serious health issues like asthma, flu, cough, allergies, bronchial infections, and heart problems.