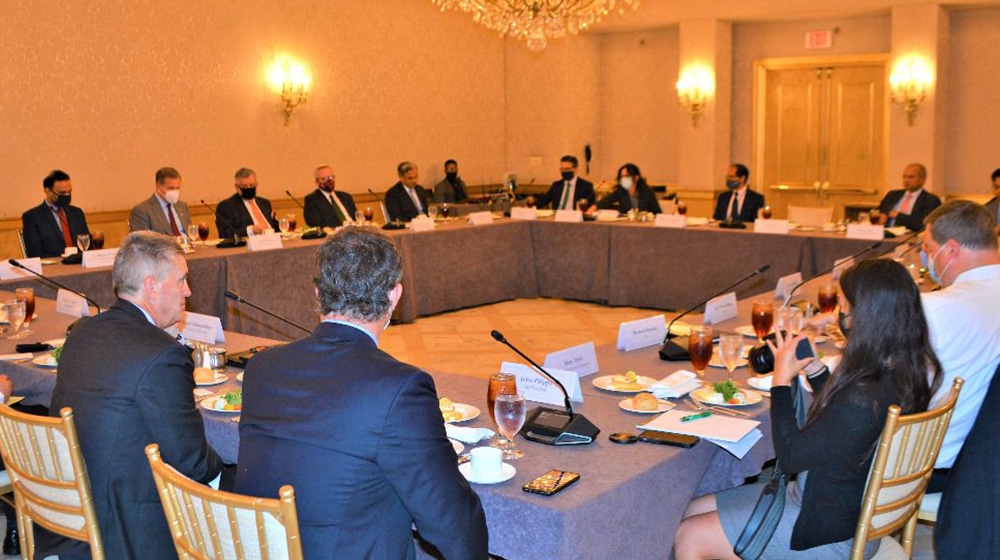 Federal Minister for Finance and Revenue, Shaukat Tarin, has stated that the government is firmly committed to all-inclusive and sustainable economic growth with a key focus on a ‘bottom-up approach as envisaged by Prime Minister Imran Khan.

Addressing a round table meeting organized by the United States Pakistan Business Council (USPBC) in Washington DC, the Minister reiterated the government’s resolve to provide an enabling environment for foreign investors and businessmen. He invited the US enterprises to take advantage of the ample opportunities offered by the Special Economic Zones (SEZs). He assured them of full support and facilitation.

Tarin maintained that the government was taking a number of initiatives to attract foreign investment. For this purpose, he said, the government was extending all-out facilities to investors while putting efforts to remove all hurdles. He gave the example of MetLife whose longstanding issue was recently resolved.

He underlined that Pakistan was on the growth trajectory owing to the government policies, though the incumbent government had inherited a difficult economic situation. He explained that the country’s exports were likely to cross $30 billion by the end of the financial year 2021-22. The remittances have registered an increase of $2.7 billion during September 2021, reaching $8 billion during the first quarter of the current fiscal year, he said. He underlined that these figures projected continuity in the momentum of GDP growth, which is likely to get close to 5% this fiscal year.

He informed the participants that the Federal Board of Revenue, due to the prudent policies and fiscal consolidation efforts, exceeded the target of revenue collection by approximately Rs. 180 billion during the first quarter of FY 2021-22.

The meeting was attended by representatives of the US Chamber of Commerce, leading business enterprises, Governor State Bank of Pakistan, Finance Secretary, and Ambassador of Pakistan to the United States.