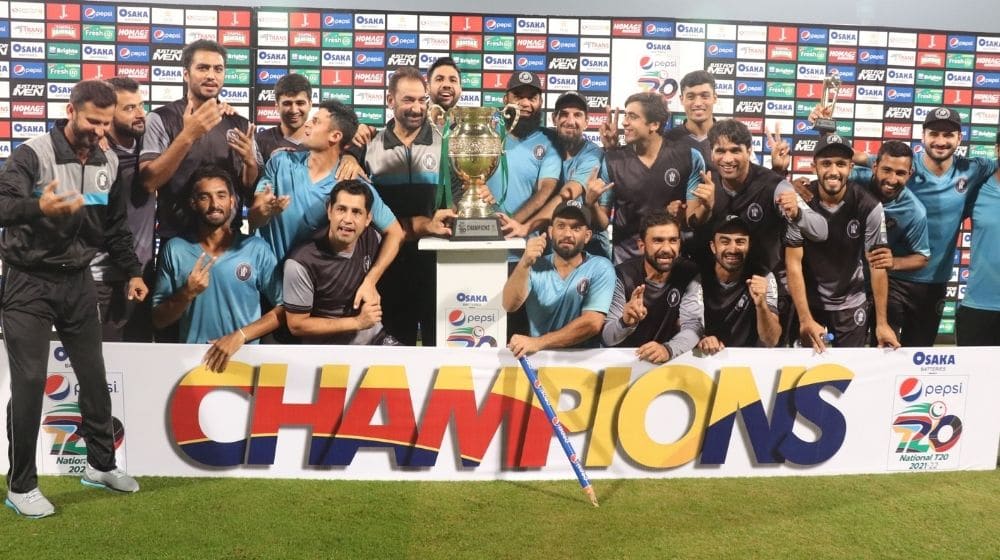 The 2021 National T20 Cup came to a close as Khyber Pakhtunkhwa retained their title by defeating Central Punjab by seven wickets. KP’s stand-in captain, Iftikhar Ahmed, was the star of the show yet again with a brilliant all-round display. He picked up three wickets for only five runs in his two overs before finishing the game with the bat by scoring a blistering 45 runs off only 19 balls.

Player of the Tournament 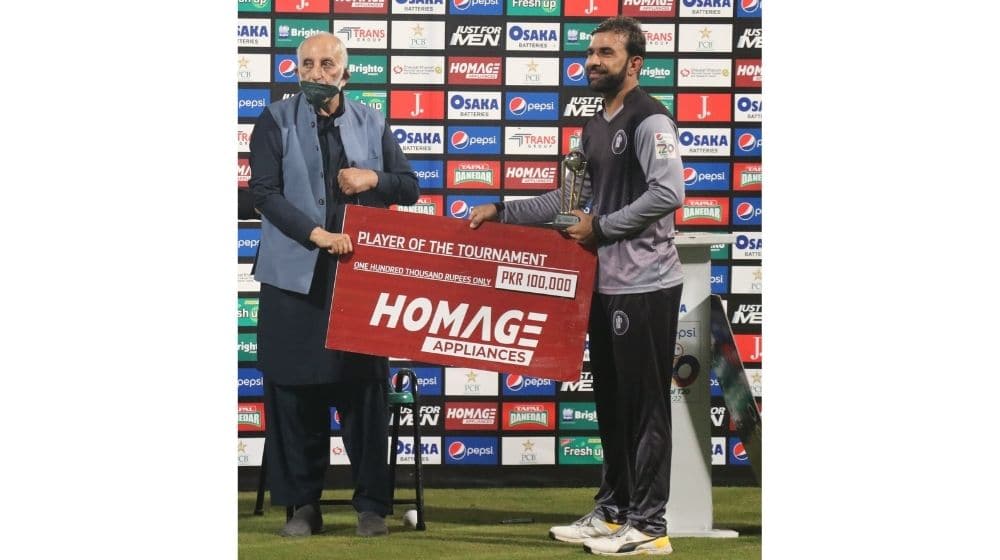 The 31-year old finished as the second-highest run-scorer in the tournament with 409 runs at an astonishing average of 102.25 and an amazing strike rate of 170.41. He also scored three half-centuries in the tournament. Iftikhar was exceptional with the ball as well, picking up 8 wickets at an average of 13.25 and an economy rate of 5.57.

Iftikhar also finished as the leading six-hitter in the tournament as he struck 24 sixes in the competition.

Batter of the Tournament 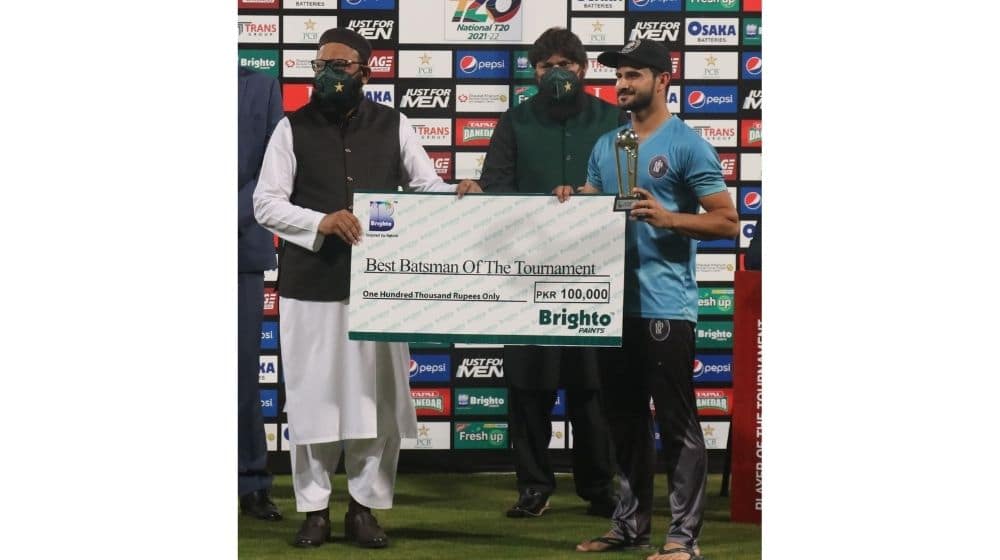 KP’s opening batter, Sahibzada Farhan, was in the form of his life in the tournament. He finished as the leading run-scorer in the tournament as he scored 447 runs at an average of 40.63 and a strike rate of 132.24. Farhan scored three half-centuries and struck 46 boundaries and 12 sixes in the tournament.

Bowler of the Tournament 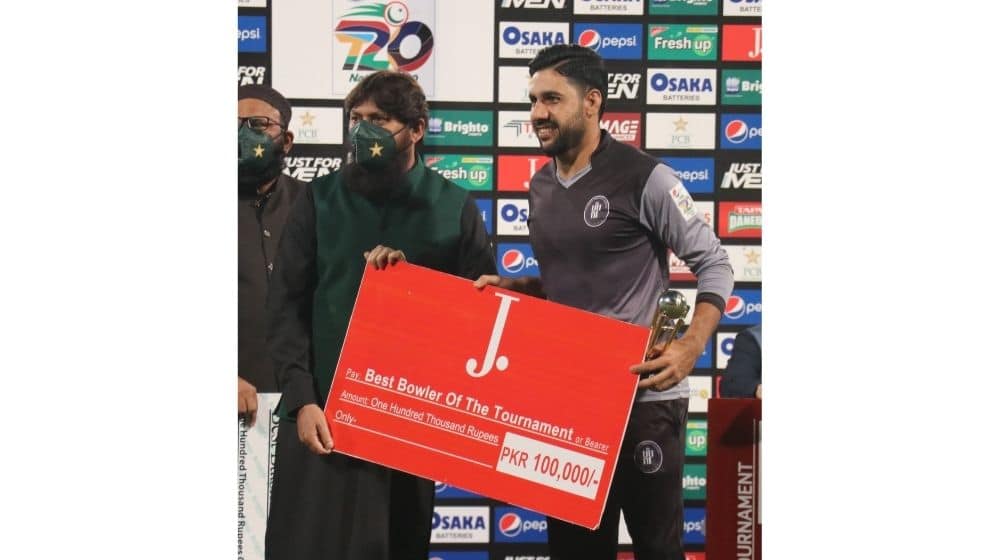 KP’s right-arm pacer, Imran Khan Snr., is considered to be a lucky charm as he has won every domestic tournament he has participated in over the past year. He won the domestic treble with KP last season, then he went on to win the Pakistan Super League (PSL) 6 with Multan Sultans and he was on the winning side of the 2021 National T20 Cup as well.

The seasoned campaigner’s transformation from a pure Test bowler to a T20 specialist has been magnificent and he proved his worth by finishing as the leading wicket-taker of the tournament. Imran picked up 16 wickets at an average of 24.31 and an economy rate of 8.33 in the tournament. He was only one of six bowlers to have picked up a four-wicket haul in the tournament as well.

Wicket-Keeper of the Tournament 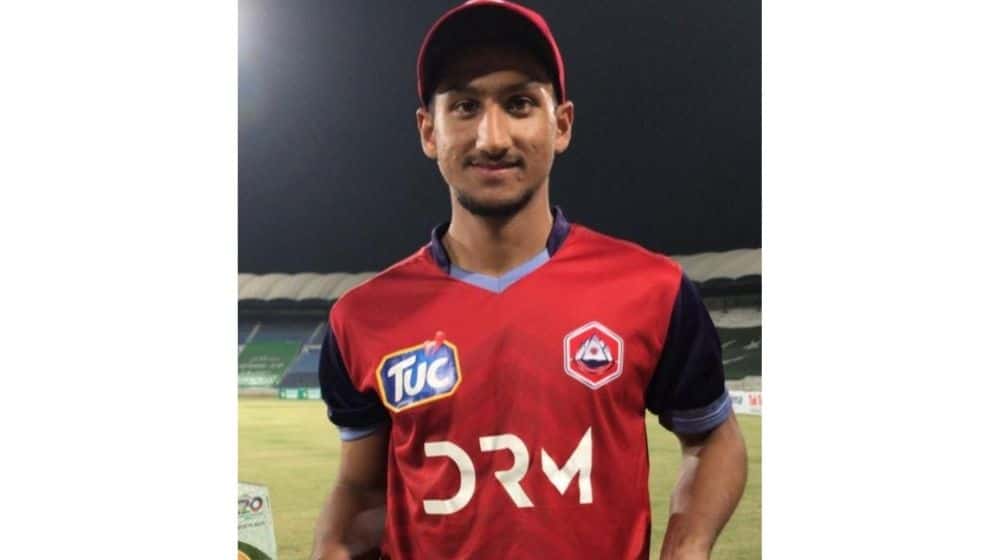