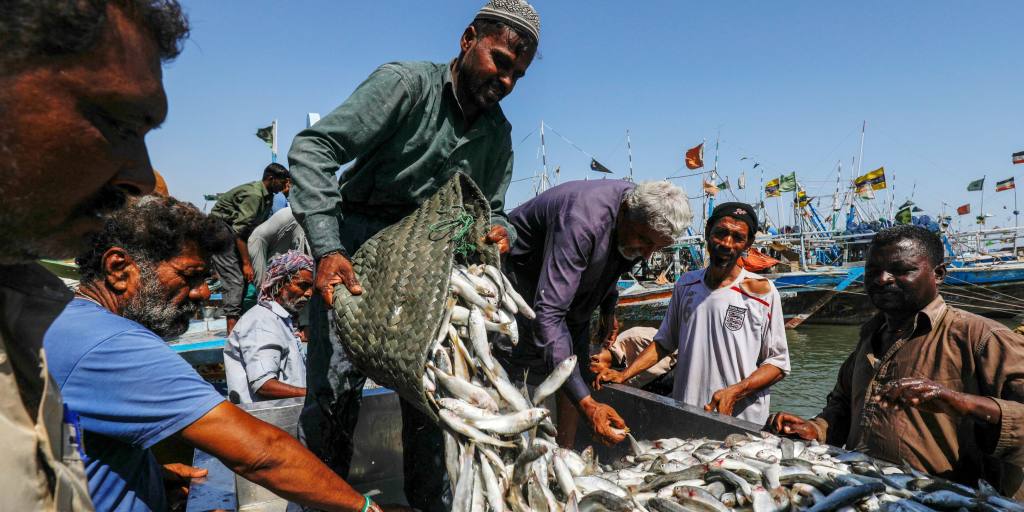 Pakistan has stopped all Chinese fishing trawlers from fishing in Balochistan waters. Pakistan is implementing a new maritime policy, under which illegal fishing boats are fined Rs. 10 million.

A meeting of the Senate Standing Committee on Maritime Affairs was held at Parliament House under the chairmanship of Senator Rubina Khalid. In the meeting of the Standing Committee on 14 June 2021, in the Senate session, Senator Muhammad Tahir Bizenjo raised the issue of public importance for Chinese fishing trawlers in the territorial waters of Balochistan province and steps taken by the ministry to prevent illegal fishing of foreign trawlers were discussed in the meeting. The Pakistan Merchant Marine Policy 2001 was also reviewed in detail.

In the meeting of the Standing Committee, the Secretary, Ministry of Maritime Affairs, while giving a detailed briefing on the fishing of Chinese trawlers in the waters of Balochistan province, said that the Chinese trawlers had returned on August 25, 2021, and the Ministry had closed both trawlers and joint ventures. The Secretary, Ministry of Maritime Affairs said that more trawling is done in shallow water. There are 25,000 boats at present, out of which 10,000 are operating on a daily basis. He said that inter-provincial fishing is the responsibility of respective provinces.

The secretary of maritime affairs said that the secretaries of Balochistan and Sindh provinces had been requested to ban the use of net raw material for trawling, and under the VMS system, a vessel monitoring system has been set up, which will enable monitoring of boats at sea.

Senator Muhammad Tahir Bizenjo told the Secretary of Maritime Affairs that the issue of trawlers has been going on for a long time, and there was a massive protest by local fishermen in Gwadar on September 30, 2021, against illegal trawlers. Senator Muhammad Tahir Bizenjo said that steps should also be taken to stop inter-provincial trawling. Chairperson Committee Senator Rubina Khalid raised the question of whether any action is being taken against illegal trawlers. The Standing Committee was informed that there is imprisonment for five years and a fine of Rs. 10 million on illegal fishing trawlers.

Chairperson Standing Committee, Senator Rubina Khalid, after a thorough review of the matter, said that the Standing Committee would soon visit Sindh and Balochistan provinces in which details will be sought from the fisheries officials on the spot. The Ministry presented recommendations and suggestions for the prevention of illegal fishing by foreign trawlers.

The meeting of the Standing Committee reviewed in detail the Pakistan Merchant Marine Policy 2001. The Secretary of the Ministry of Maritime Affairs said that the policy was formulated by a Presidential Ordinance in 2001 and some changes were made by the Ministry in 2019. One of the main objectives of this policy is to ensure the efficient operation of the country’s ports. The purpose of this policy is to efficiently utilize port operations, for which, harbor crafts such as tugs, pilot boats, dredgers, survey vessels, special craft provision, and ensuring the creation of a well-trained marine corps to take advantage of the growing international shortage of trained sailors.