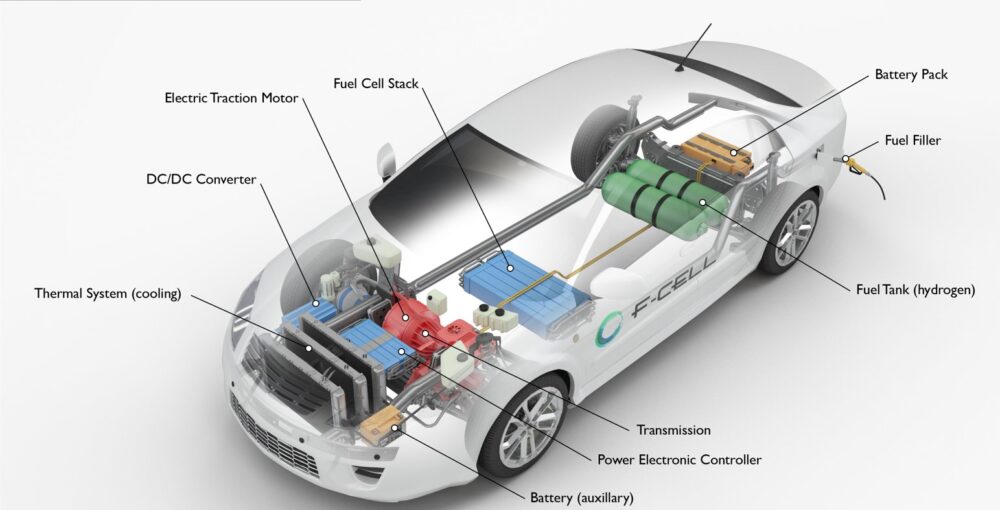 The debate on climate change has picked up the pace and a major concern is carbon emissions from internal combustion vehicles.

This has pushed automotive manufacturers to pursue alternate fuel solutions that will result in either lesser emissions or none at all. One solution is electric vehicles (EVs) which, thanks to Tesla, has received worldwide recognition. However, the industry also had another lesser-known solution — Hydrogen fuel cell electric vehicles.

The overall power produced by these cars is dependent on their electric motors. FCEVs also have an internal battery that stores energy generated from braking, which is later utilized in short accelerations and to smooth the power supply delivered from the fuel cell. 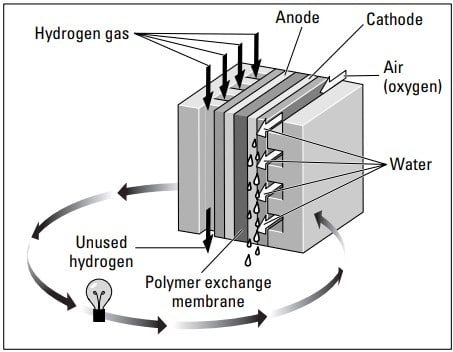 The process of drawing energy from hydrogen starts with the introduction of hydrogen gas at the anode of the fuel cell where the hydrogen atom is split into positive and negative ions. A polymer exchange membrane in the middle prohibits the movement of negative ions towards the cathode, and they have to take an alternate route through the electric motor.

When the negative charge finally reaches the cathode, it reacts with the positive ions and oxygen atoms to produce water vapors. This is part of what makes hydrogen-powered cars enticing, they only produce water as emissions and are completely safe for the environment.

A number of fuel cells are interlinked in a single vehicle to increase the electrical output.

EVs are ahead in the race of alternate fuel vehicles but manufacturers have not given up on FCEVs. Automotive giants like Honda, Toyota, and Hyundai have already rolled out fuel cell vehicles like the Honda Clarity, the Toyota Mirai, and Hyundai ix35 Fuel Cell. Nexo and German manufacturers like BMW and Audi are also investing in HFCEVs.

Reuters reported in September that BMW is the biggest proponent of HFCEVs in Germany and plans to bring a mass production model to market by 2030. Meanwhile, the X5 SUV concept that is partly funded by the government is also making ground. BMW’s Vice President of the hydrogen fuel cell car program has also stated that the company will manufacture a test fleet of 100 cars in 2022.

Although EVs have a significant lead over FCEVs, the investment from automotive manufacturers into the sector may solve the problems that are holding FCEVs back, and present the masses with another option besides battery-powered vehicles.