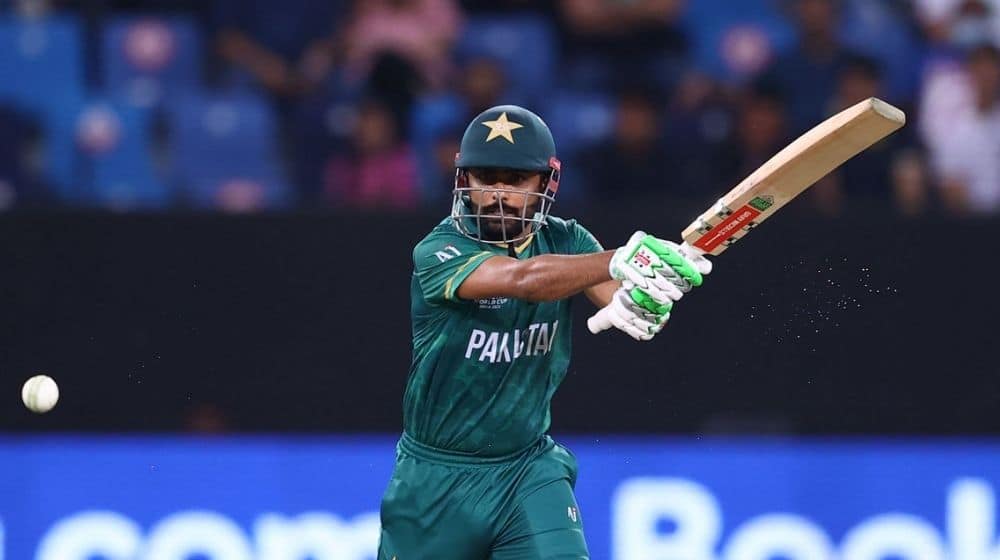 Pakistan captain, Babar Azam, is likely to rise to the top of the T20I batting rankings following a brilliant 70 runs off 49 balls against Namibia on Tuesday.

Babar’s 70-run innings was the main catalyst in the 113-run opening partnership between the skipper and Mohammad Rizwan and helped Pakistan post a mammoth total of 189 runs on the board. This was the second-highest total of the tournament after Afghanistan’s 190 against Scotland.

Currently, England’s David Malan and Babar Azam maintain their first and second spot, respectively. However, this gutsy innings is likely to bridge the 11-point gap between Babar and the current No. 1 T20I batsman, Malan, in the T20I batting rankings.

Following the ranking update, expected later in the day or tomorrow, would be the second time for Babar to reach the top T20 batter after 2018 when he reclaimed the top position thrice in the same year on the back of his sublime batting form.