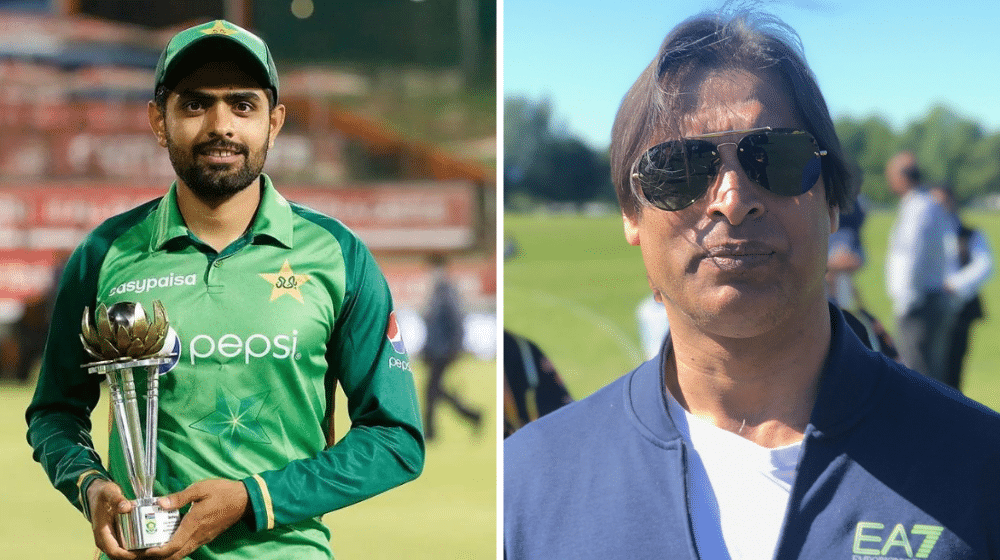 Former Pakistan fast-bowler Shoaib Akhtar was dejected over the T20 World Cup 2021 committee’s decision of the Player of the Tournament.

Australian opener David Warner was adjudged as the Player of the Tournament for his consecutive match-winning innings in the semifinal and final. He was the second-highest run-scorer of the tournament with 289 runs.

However, Akhtar believes that Pakistan’s Captain Babar Azam who was the leading run-scorer of the tournament with 303 runs and four half-centuries, should have been given this award.

The speedster, who watched the final in the stadium, spoke up against the International Cricket Council’s (ICC) “unfair decision” on Twitter.

“Was really looking forward to seeing Babar Azam becoming the man of the tournament. Unfair decision for sure.”

Was really looking forward to see @babarazam258 becoming Man of the Tournament. Unfair decision for sure.

West Indies batsman Sherfane Rutherford was also expressed his surprise at the decision.

“I’m shocked Babar Azam is not the Player of the Tournament. Tired decision,” Rutherford wrote on Twitter with a thumbs down emoji.

Australia defeated New Zealand by eight wickets in the final of the T20 World Cup on Sunday that led to their maiden shortest format title thanks to the match-winning fifties by Mitchell Marsh and David Warner.

New Zealand skipper Kane Williamson’s 48-ball 85 helped his side to a competitive total of 172-4. Kiwis, however, failed to defend it in a recap of the 2015 World Cup final.