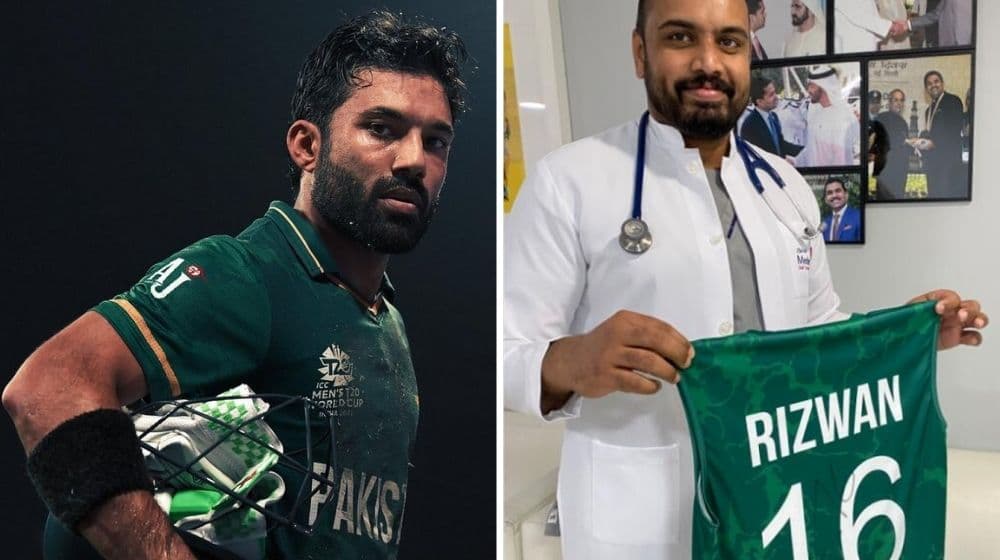 Pakistan’s wicket-keeper batter Mohammad Rizwan showed true courage when he stepped onto the field in the semi-final clash against Australia despite spending the previous two nights in the Intensive Care Unit (ICU). The gritty wicket-keeper was lauded by the cricketing fraternity for his bravery and his never-say-die attitude.

Despite not feeling a hundred percent, Rizwan showcased his class in the match as he struck 67 runs off 52 balls and helped Pakistan put on a decent total on the board. Despite his best efforts though, Pakistan lost the match in agonizing fashion and was knocked out of the tournament.

Rizwan defied odds and made a miraculous recovery which even shocked the doctor who was treating him at the hospital. Indian Doctor Saheer Sainalabdeen who treated Rizwan at Medeor Hospital in Dubai revealed the details behind Rizwan’s illness.

Dr. Saheer said that Rizwan’s recovery was nothing short of a miracle as it would have taken five to seven days for a person to recover from the amount of pain Rizwan was in. “His pain score at the time of admission was 10/10 (worst pain). So, we subjected him for a detailed evaluation to diagnose the condition,” he revealed.

Dr. Saheer revealed that Rizwan suffered from severe laryngeal infection leading to an esophageal spasm and bronchospasm, which is a very painful contraction of muscles with the esophagus. He further revealed that it is severe pain in the chest that can last anywhere from a few minutes to hours.