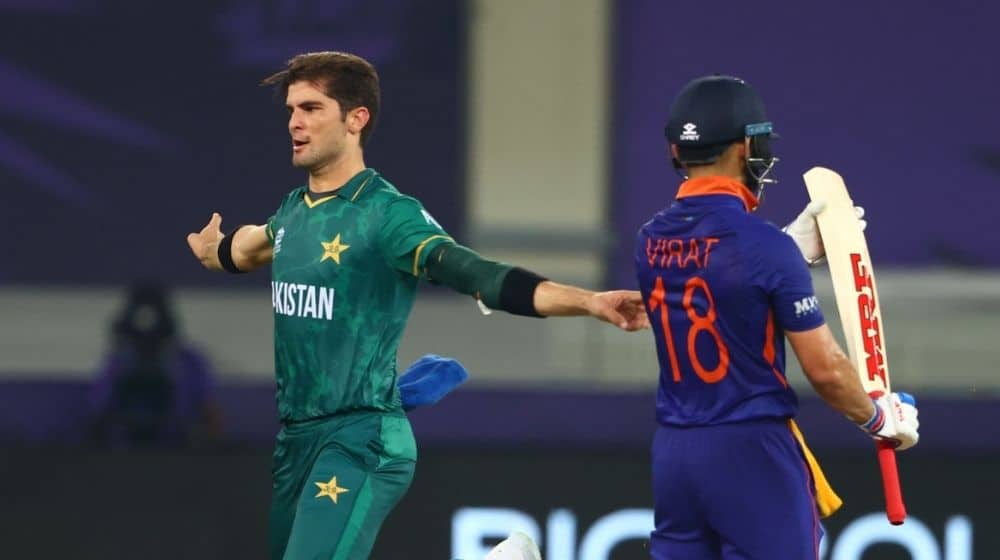 Pakistan’s left-arm pacer, Shaheen Afridi’s opening spell against arch-rivals India in the opening match of the two teams in the 2021 T20 World Cup has been picked as the play of the tournament by the International Cricket Council (ICC).

ICC announced the play of the tournament via their social media accounts on various platforms. The announcement featured glimpses of the fiery opening spell by Shaheen.

The winner of the @Nissan Play of the Tournament from the 2021 ICC Men's #T20WorldCup is:

The fiery pacer ripped apart the Indian top order as he picked up the wickets of Rohit Sharma and KL Rahul in the opening overs of the high-octane clash. Shaheen’s spell derailed the Indian batting unit and they never managed to fully recover in the match. Pakistan chased down the target comfortably and won the match by 10 wickets. This was the Men in Green’s first victory over their arch-rivals in World Cup history.

ALSO READ
Is Ben Stokes on His Way to Islamabad United?

Shaheen picked up three wickets in the match which also included the prized scalp of Indian captain Virat Kohli as Pakistan ran riot in Dubai. Shaheen finished with figures of 3/31 in 4 overs and helped Pakistan achieve a historic victory.

The 21-year old continued his fine run of form in the following matches and helped Pakistan to their first semi-final in the T20 World Cups since 2012. Shaheen picked up a total of 7 wickets in the tournament which included wickets in his opening spell against Afghanistan in the Super 12s stage and against Australia in the semi-final.