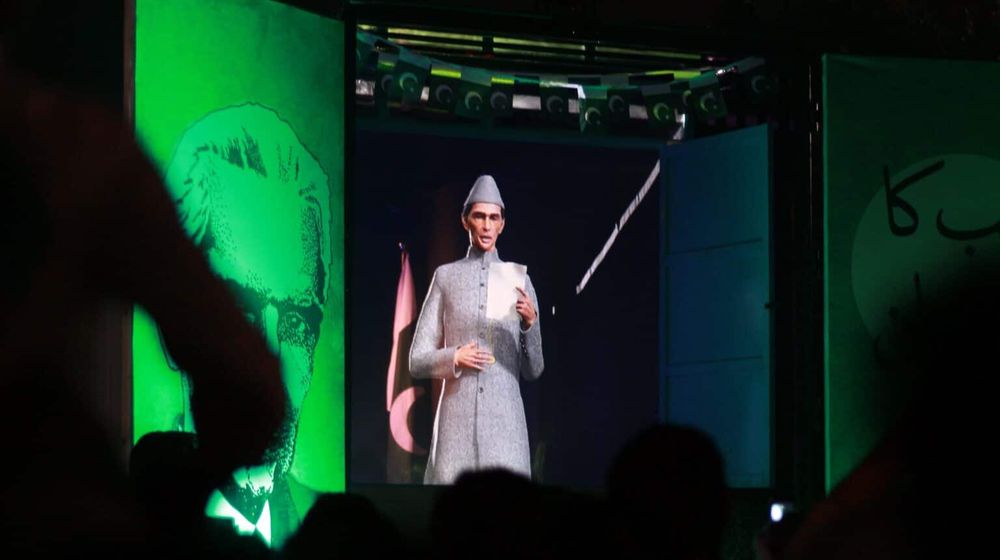 HIVE Pakistan’s campaign that won the award is called ‘AIK – Better Together’ which uses a life-size hologram of the founder of Pakistan, Muhammad Ali Jinnah, to advocate for an equal and inclusive Pakistan. Quaid-e-Azam’s own statements on interfaith harmony, inclusive development, women empowerment, and pluralism are re-created using 3D holographic technology and screened in public places for mass engagement.

HIVE has carried out the campaign in six cities so far, engaging more than 50,000 people on the ground and reaching out to millions of youths online.

Syed Ali Abbas Zaidi, Executive Director of HIVE Pakistan, upon receiving the award said, “It is therefore incumbent upon us to disrupt hate, divisiveness and reclaim technology as a tool for social good. This would require sustained efforts to challenge extremism, promote local solutions, and invest in technologies that have the potential of driving impact.”

“Our project was an effort in this regard that wished to show to the world that emerging technology can be harnessed as a peace-building tool to create meaningful experiences for audiences in a way that is cost-effective and more impactful than traditional methodologies. We thank our supporters who believed in us and we would like to dedicate this recognition to Pakistanis who lost their lives fighting extremism in the country,” he added.

Named after human rights icon Nelson Mandela and former First Lady of South Africa and Mozambique, Graça Machel, the awards are led by the global civil society alliance, CIVICUS and seek to celebrate, promote, and defend a worldwide community of informed and inspired citizens engaged in confronting the challenges facing humanity.

The 2021 Innovation Awards recognize groups that stand out for their innovative work building people power in support of human rights and social justice for everyone. Through a public open call, submissions were accepted and the winners were selected from a pool of inspiring applicants from over 70 countries.

An external committee of civil society leaders and activists with thematic expertise reviewed and selected seven winners. Each winner will receive $5000 in recognition of their work in promoting people power, human rights, and social justice.