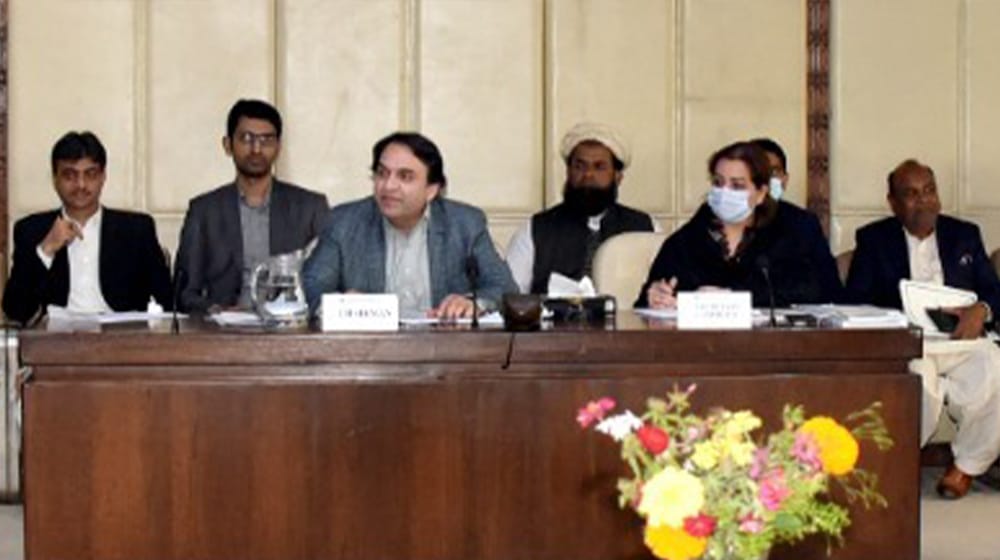 A meeting of the Senate Standing Committee on Petroleum was held under the Chairmanship of Senator Muhammad Abdul Qadir at Parliament House on Friday.

The committee members expressed their displeasure and staged a token walkout against the constant absence of Minister In-charge in the committee meetings.

At the outset, the committee deliberated upon the present status of the Implementation of Third Party Access (TPA) to the private sector with regard to the use of LNG terminals.

Secretary Ministry of Energy (Petroleum Division), while briefing the committee, said that the private sector is engaged in the development of two more LNG terminals.

TPA Rules and Network codes have been developed to provide access to pipeline networks to the private sector investors and consumers. We have laid a 42″ dia 1100 KMs long RLNG pipeline.

He further informed that planning for another RLNG pipeline is in the advanced stage to transport the imported volumes of RLNG from the upcoming LNG plants of the private sector.

Senator Qadir asked, “Why don’t we let private businesses take responsibility for importing RLNG into the country. We should definitely go towards private parties for this purpose, to eliminate the impediments. So that burden on the government would be reduced and uninterrupted supply with lower RLNG price is ensured positively to save the state from loss of billions of rupees.”

Despite the fact that existing LNG terminals are running at peak capacities and utilization of terminals is way higher than the global average, PLL is discussing Third-Party Access to accommodate the private sector. There are numerous legal, commercial/financial, operational, and technical issues that need to be addressed for allowing TPA to the private sector, such as limited pipeline capacity and challenges in the allocation of pipeline capacity from SSGC and SNGPL, Port Qasim Authority’s (PQA) ability to handle the number of LNG vessels and night navigation for LNG vessels.

Secretary Petroleum was of the view that Public Procurement Regulatory Authority (PPRA) rules are not ideal for on-spot procurement of RLNG supplies and should be amended. Chairman Committee assured the officials to write to the Finance Ministry on the matter.

While discussing the problems faced by people of Quetta, Ziarat, and other areas where the temperature reaches below freezing point during winter, Chairman Committee said that people living in those areas should not be charged higher slab rates, as their consumption is high only during winter months of extreme cold.

ALSO READ
Rupee Nears All-Time Low Against the US Dollar

Chairman Committee suggested that Ministry officials should sit down with local representatives and devise a way out and introduce subsidized rates for these specific areas. The Chairman Committee directed officials to come up with a plan in the next meeting of the committee.