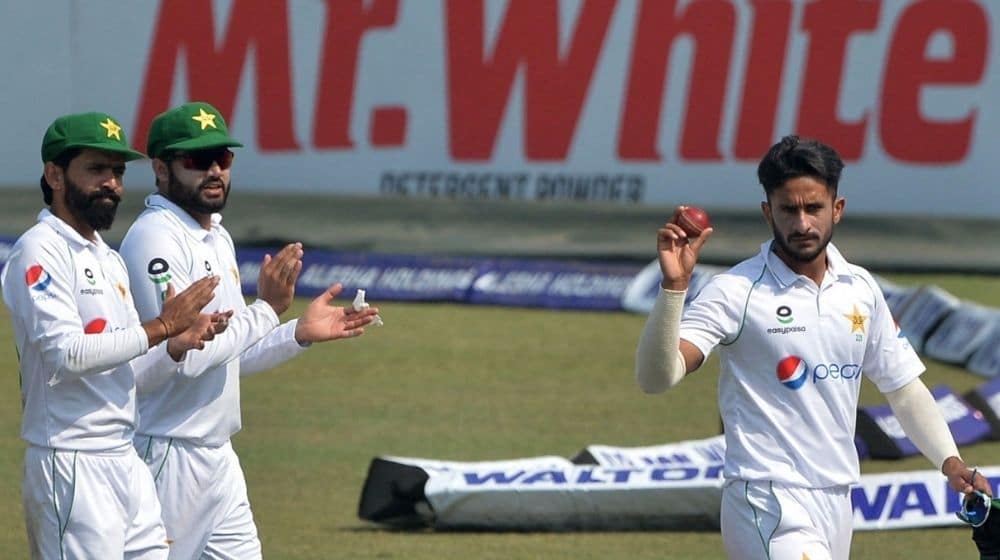 Pakistan’s ace right-arm seamer, Hasan Ali, rattled the Bangladesh batting unit on Day 2 of the first Test match as he finished with figures of 5/51 to dismiss Bangladesh for 330 in the first innings. This was Hasan’s fifth five-wicket haul in Test cricket in the calendar year and his sixth overall in his Test career.

Hasan has been in outstanding form in Test cricket ever since his comeback from the injury. The spearhead of the Pakistani bowling unit did not take part in a single Test match in 2020 due to injury but ever since his comeback he has taken 37 wickets at an average of 15.40 in 13 innings. He is the third-highest wicket-taker in Test cricket in the current calendar year.

Hasan’s 5/51 is also the best bowling figure by a fast bowler at Zahur Ahmed Chowdhry Stadium in Chattogram. Former Bangladeshi fast bowler, Shahdat Hossain previously held the record as he finished with figures of 5/71 against India in 2010.

Hasan’s magnificent bowling early on in the morning has put Pakistan in a strong position to take the lead over Bangladesh and post a daunting total on the board.