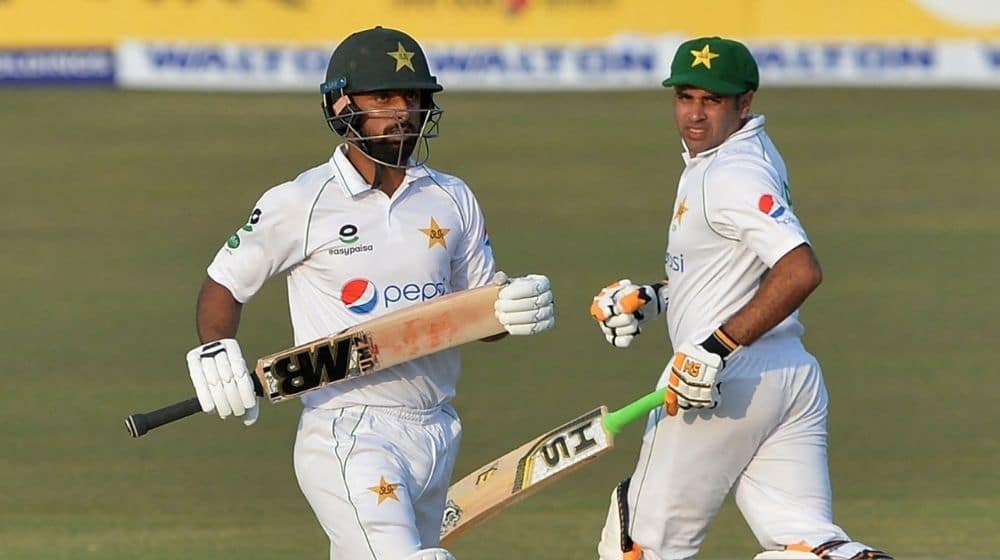 Pakistan’s Test opening has been a point of concern for the national team as multiple combinations have failed to put in the performances required at the international level. While the previous opening partnerships have failed to deliver consistently, Pakistan’s new pair of Abid Ali and Abdullah Shafique has performed exceptionally in their first match together.

Both the openers have provided a solid start to Pakistan at the top of the order as they scored two century partnerships in as many innings against Bangladesh.

The openers put on a stand of 146 in the first innings as Abdullah scored a half-century in his debut innings while Abid went on to score a century. The two players are currently unbeaten with a team total of 109 in the second innings as both have gone past their half-centuries.

This is only the second time in Pakistan’s history that the openers have put on a century stand in each of the two innings of the Test. The first instance occurred back in 2003 when Imran Farhat and Taufeeq Umar scored a century stand in both innings against South Africa in Lahore.

The two openers will resume the innings on the fifth and final day of the Test match with Pakistan requiring another 93 runs with 10 wickets in hand to win the first Test of the two-match series. Abid is currently batting on 56 while Abdullah is batting on 53 in only his second innings in Test cricket.