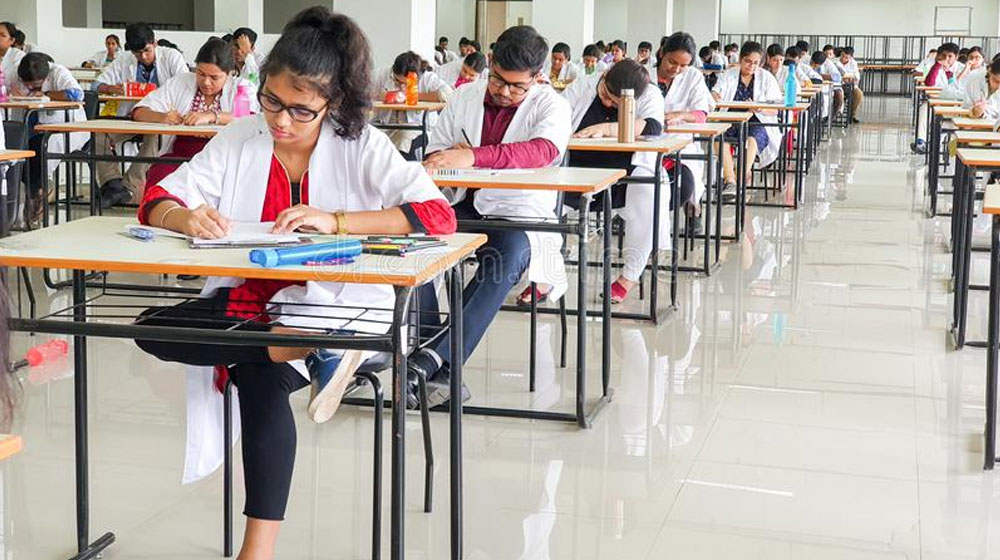 The Pakistan Medical Commission (PMC) has canceled the joint venture contract with a company that recently conducted the Medical and Dental College Admission Test (MDCAT) of over 200,000 students across the country.

The commission has invited bids for procurement of computer-based examination service in a new advertisement. In its latest advertisement, the PMC has mentioned that the bidders should have NTN and Sales Tax Number and should be on the active taxpayer’s list of the Federal Board of Revenue (FBR). The last date to submit bids is 19 December 2021.

Meanwhile, Aamir Masood, the representative of SOAR Testing and Evaluation Plat­form (SMC-private) Limi­ted, which had won the contract for online MDCAT tests for 10 years, told Dawn that they had not been informed by the PMC, and only came to know about it through the advertisement.

On the other hand, the National Assembly Standing Committee on Health has also summoned the PMC chairman for a briefing on the MDCAT today. On 3 November, the committee had recommended blacklisting the company.

The Pakis­tan Medical Associa­tion’s (PMA) General Secretary for Punjab, Dr. Malik Shahid, said that it was an attempt at ‘damage control’ as it has been proved in Lahore and Islamabad High Courts that the contract was awarded against the rules.

The company had faced severe criticism from students and the medical fraternity as it was registered with the Security Exchange Commission of Pakistan (SECP) after the deadline of filing bids in May this year. It was also alleged that the company, SOAR, did not have its own National Tax Number (NTN) and used another company’s NTN to get the contract.

Moreover, the PMC had allegedly released a sum of Rs. 115 million to the company in advance.

On 17 August, the Lahore High Court (LHC) barred the commission from making further payments to the company, but the PMC made another payment of Rs. 86 million on 31 August.

The LHC reprimanded PMC and referred the matter to the Public Procurement Regulatory Authority (PPRA) to investigate whether the commission violated any rule in awarding of the contract.

Later, the PPRA report, submitted before the court, established that the award of the contract was against the rules.