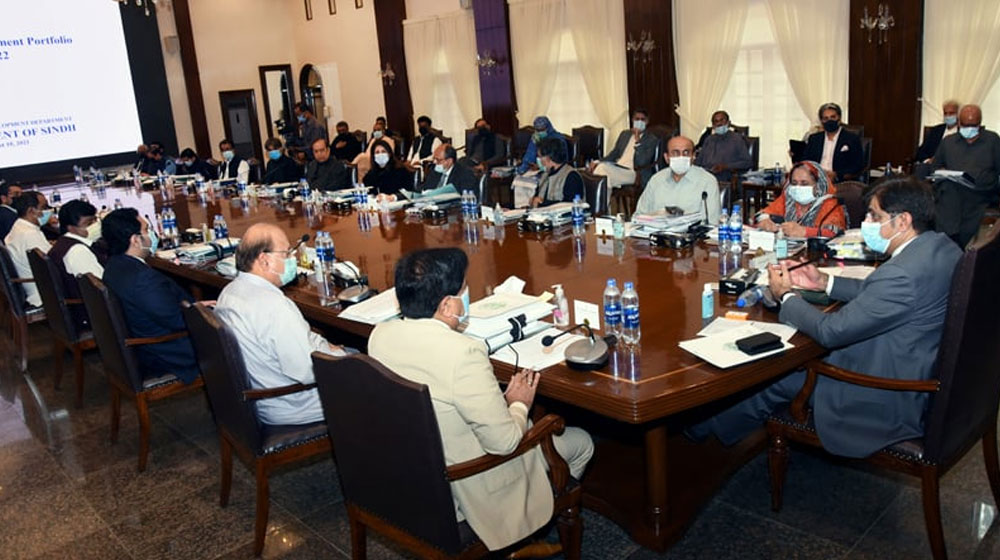 The Sindh cabinet has decided to reduce the Medical and Dental College Admission Test (MDCAT) merit from 65 percent to 50 percent through an ordinance.

“This decision would not only provide an opportunity to the provincial candidates to seek admission in medical and dental colleges/universities of Sindh but the seats which were going to be unfulfilled/vacant would be utilized,” he added.

Speaking at the occasion, the provincial Health Minister, Dr. Azra Pechuho, said that there was no mention of a minimum compulsory passing score in the PMC Act 2020.

“Marks obtained by a student in MDCAT conducted by the authority shall constitute a minimum of 50 percent of the weightage for the purposes of admission in the public colleges,” she told the participants.

Dr. Azra maintained that the MDCAT test conducted from the federal curriculum by a third-party testing service put Sindh students at a disadvantage and resulted in a low pass percentage.

She maintained that the last year’s closing percentage for the MDCAT was 60, and many candidates from Sindh could not meet the criteria.

“Last year, the passing percentage of the MDCAT test was 60 percent whereas this year, this requirement has been unilaterally increased to 65 percent. As a result, the total number of students who qualified last year was 8,287 (32.8 percent), while those who qualified in MDCAT 2021 is 7,797 (22.4 percent),” she noted.

The minister noted that nearly 500 seats in Sindh medical and dental colleges remained unfilled last year and feared that the number may increase this year if the passing percentage is not reduced.